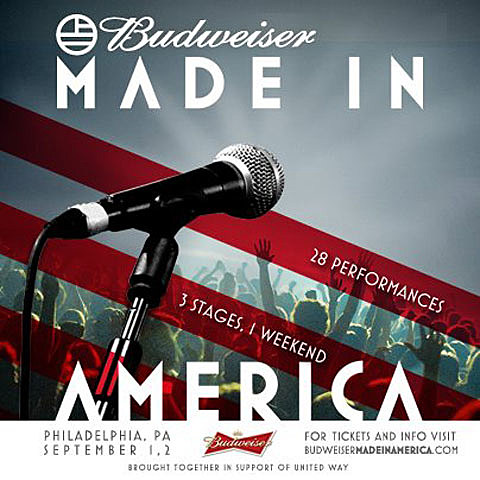 Jay-Z has a busy September. In addition to christening his Barclays Center with its inaugural show on September 28, he's curating the Budweiser Made in America Festival which will happen Labor Day Weekend (September 1 and 2) at Philadelphia's Fairmount Park. No performers have been announced yet, but it's 28 performers on three stages, and ""will offer music fans from across the U.S. and beyond the biggest names in hip-hop, rock, dance and other popular genres". Tickets will go on sale May 23. (Part of the proceeds go to charity.) There will be a presale for $99 2-day passes on May 22 but you have to friend Budweiser on Facebook to get it.

Watch a teaser video for the Made in America Festival below.