Made In America 2013 (more by Dana (distortion) Yavin) 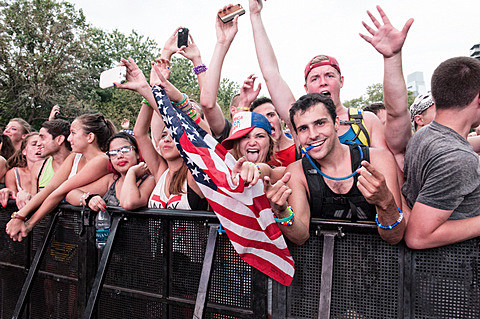 Jay Z has announced the return of his Budweiser Made In America Festival to Philly's Ben Franklin Parkway, but this year will be different because the fest also goes down in LA simultaneously. The LA portion will happen in Grand Park, and both festivals run from August 30-31 (Labor Day weekend). Lineups are still TBA but early bird 2-day passes are on sale for Philly and LA now.

Jay and his wife Beyonce, who both made guest appearances at Coachella over the weekend, are also planning a joint summer stadium tour, according to the LA Times. Dates and venues still TBA.