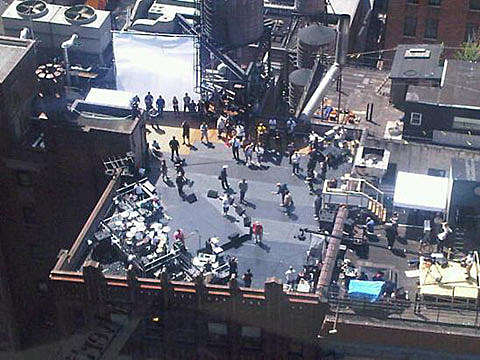 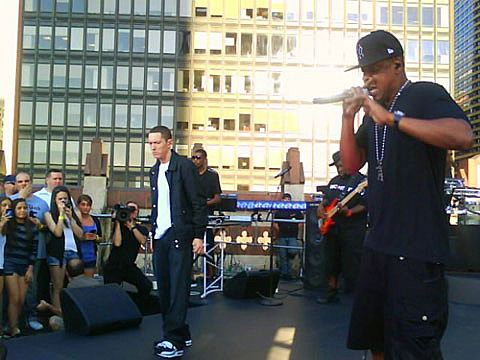 After the city denied Jay-Z and Eminem from performing on the marquee of the Ed Sullivan Theater, they just moved their Letterman taping to the roof of the building. The above pictures were taken earlier this evening, Monday, June 21st. The mini-concert will air on Letterman on Friday night.

And as I type this, Red Bull is hosting an event in Bowery Ballroom named "Red Bull Emsee: The Road to 8 Mile". Not surprisingly (based on that event name, their promise of "Special Guest Performances", and Eminem's location earlier today), Eminem is rumored to be making an appearance (after midnight). Maybe Jay-Z will stop by too?

UPDATE: Eminem did in fact play Bowery Ballroom. a picture below. 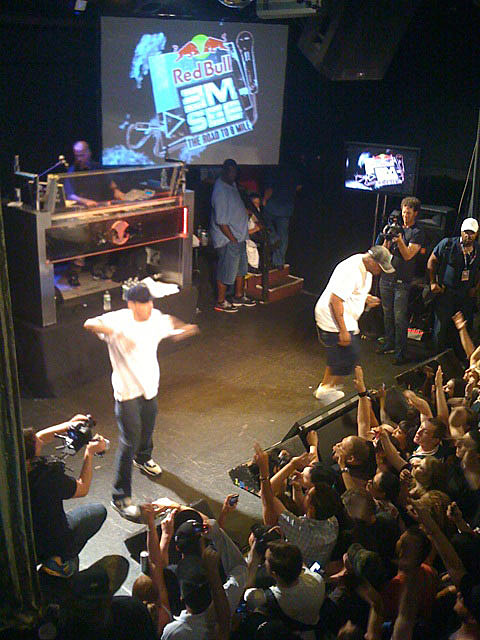