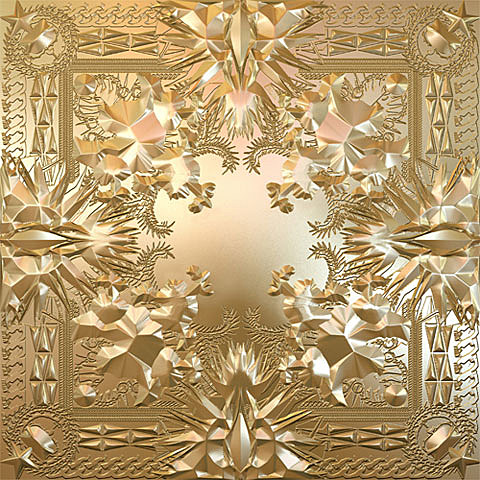 Jay-Z & Kanye West aka The Throne's collaborative album Watch The Throne became available via iTunes this week (8/8) and will be out physically on Friday (8/12) via Def Jam.

Although Kanye produced most of the album, they also brought an impressive cast of outside producers incuding Q-Tip, 88-Keys, The Neptunes, The RZA, and Swizz Beatz. Kanye and his collaborators create a wide range of sounds touching on everything from classic soul to dubstep-infused electronica. The guest vocal spots are especially grabbing too. Jay-Z and Kanye, who have been two of the biggest names in hip hop for at least the last decade, bring in newcomer Frank Ocean of Odd Future on two of the tracks. Jay's wife, Beyonce, who also has Frank Ocean and Kanye on her new album, sings the chorus to "Lift Off." The album samples the vocals of legendary singers Otis Redding and Curtis Mayfield, and also features guest vocals by Mr. Hudson of Kanye's G.O.O.D. Music. You can stream "Otis" at Jay-Z's Life + Times website and listen to "H.A.M" below.

Justin Vernon also wrote a hook for "That's My Bitch" and according to the album's liner notes, he also sings the part. Elly Jackson of La Roux sings the song's chorus and Q-Tip handled some production duties. Check the song out on grooveshark. Justin comes in at 1:45.

Speaking of Justin Vernon, he and his 9-piece version of Bon Iver played their first of two NYC shows with The Rosebuds at United Palace Theatre last night (8/9). They also play Prospect Park tonight (8/10). Both shows are/were sold out. More on last night in a bit.

Jay-Z & Kanye have two upcoming sold out shows at Izod Center and other dates too.

'Watch the Throne' tracklist and video below...