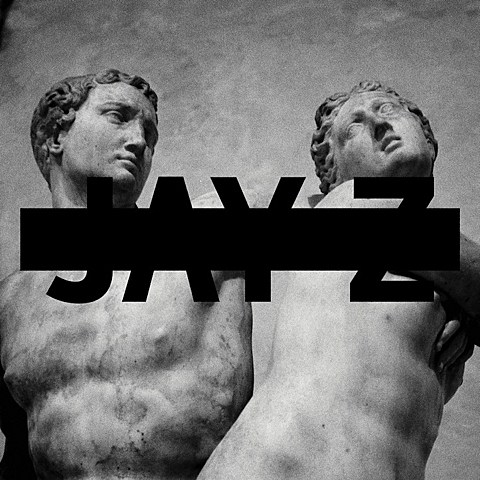 Jay-Z, whose new album, Magna Carta Holy Grail, drops on July 4 via a Samsung app and 72 hours later in real life, was planning a "surprise" show atop the marquee of the Ed Sullivan Theater for July, but now NY Post is reporting that it won't happen after all. They write:

The city suddenly yanked approval for the mega-rapper's planned concert Monday atop the Midtown marquee for the "Late Show with David Letterman,'' sources said.

"The mayor's office approved it, and then just like that, it got denied," one police source told The Post yesterday.

Reps for Jay-Z, Letterman, the city and the NYPD had planned to meet at the "Late Show" offices yesterday to work out concert details.

But the meeting was abruptly canceled -- and everyone involved was told that the event was now a no-go, sources said.

The police source speculated: "It's because of the holiday weekend. They were concerned about fireworks and terrorism."

Meanwhile, Hov just revealed the artwork to Magna Carta Holy Grail. And did so by displaying it next to one of the copies of the actual Magna Carta in England's Salisbury Cathedral. Pictures of the display are at Jay-Z's Life and Times website. The album artwork is above.

And though you won't be able to see Jay-Z outdoors in Times Square this month, he does begin his tour with Justin Timberlake this month, which hits NYC on July 19 and 20 at Yankee Stadium. Tickets for those shows are still available.