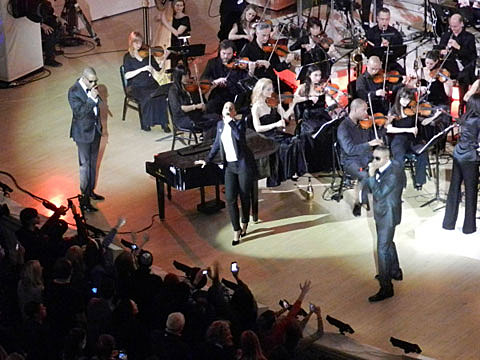 Fans of disposable income -- earning it, spending it, rapping about it, listening to someone rap about it -- had much to cheer about during this concert, the highest-profile hip-hop show ever at Carnegie Hall.

And there was also the matter of the income disposal, or in this case, donation: this concert was the first of a pair (the second is Tuesday night) benefitting the United Way of New York City and the Shawn Carter Scholarship Foundation, the charity founded by Jay-Z and whose president and chief executive is his mother, Gloria Carter. Most tickets cost several hundred dollars; on the resale market, some were listed for more than $1,000. [NY Times]

Jay was backed by an orchestra "conducted by Jeri Lynne Johnson (of the Black Pearl Chamber Orchestra), and also the Illadelphonics, an ensemble featuring Questlove of the Roots and the singer Bilal among others." Alicia Keys & Nas both both special guests. Beyonce was in the audience, but didn't perform.

Last night's show was the first of two. It happens again tonight (2/7). Yesterday the shows weren't sold out, but now it says "Limited Availability" for tonight's show at Carnegie Hall's site.

Some video clips and a pictures of the set list from last night (2/6), below... 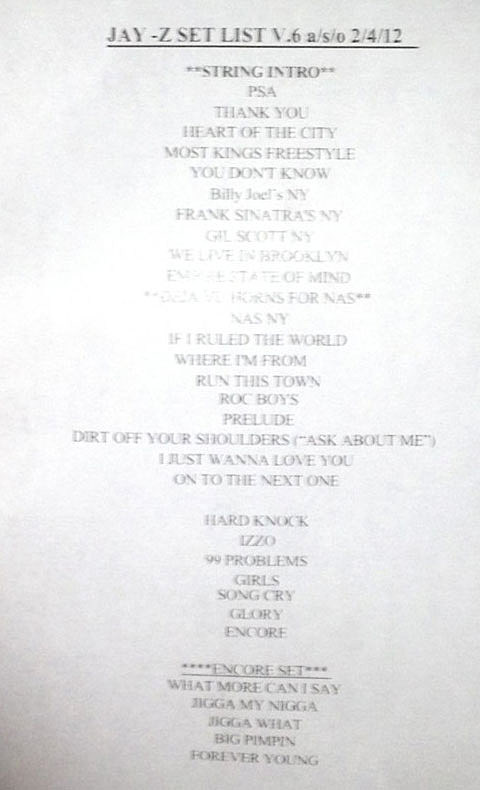