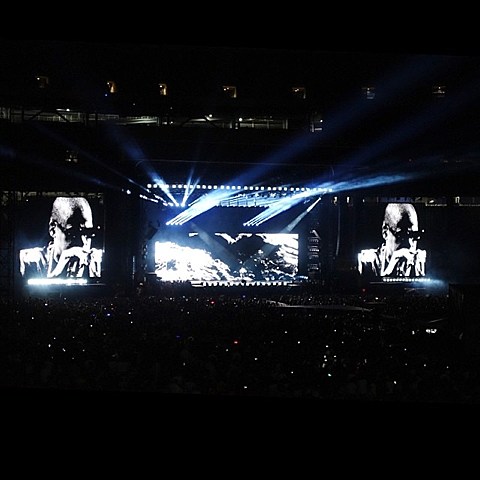 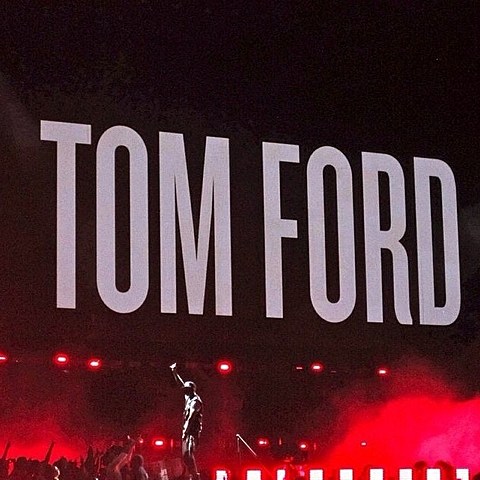 The performance configurations switch seamlessly, with Jay disappearing through a trap door in the floor to make way for Beyoncé and her troupe of eight dancers. And they often support each other in ways we haven't heard before - not just when Beyoncé takes over the Justin Timberlake part of "Holy Grail" or the Mr. Hudson part in "Young Forever," but the way "If I Were a Boy" took on some of the heavy metal elements of "99 Problems" or the way "Love on Top" moved into The Jackson 5's "I Want You Back" to better segue into Jay's "Izzo." [Newsday]

Beyonce and Jay Z brought their 'On the Run' tour to the NYC-area for two nights at MetLife Stadium this weekend (Friday, 7/11 and Saturday, 7/12). Their 46-song setlist included favorites from all over their careers like "No Church in the Wild," "Crazy In Love," "Flawless," "Hard Knock Life," "Tom Ford," "Countdown," "Izzo," "Single Ladies" and so many more. As the review above mentions, Beyonce took over Justin Timberlake's part in "Holy Grail" only a day after JT played that song himself in NYC. Check out a couple videos from night 1, along with the full setlist, below. Stay tuned for more footage from the tour in their upcoming HBO special.

Earlier in the day on Saturday, Jay Z made another appearance in NYC when another Jay, Jay Electronica (who's signed to Jay Z's label), brought him out during his set at Brooklyn Hip Hop Festival. They played "Young Gifted & Black", "We Made It", "Shiny Suit Theory", and "P.S.A. (Public Service Announcement)." Videos of that (via MissInfo) below.

Jay Z Joins Jay Electronica On Stage At The... by BKHipHopFestival

Jay Z and Jay Electronica Perform We Made It at... by BKHipHopFestival

Jay Z and Jay Electronica Perform PSA at... by BKHipHopFestival

BEYONCE & JAY Z METLIFE STADIUM SETLIST
'03 Bonnie & Clyde
Upgrade U
Crazy in Love
Show Me What You Got
Diamonds from Sierra Leone (Remix)
I Just Wanna Love U (Give It 2 Me)
Tom Ford
Run the World
Bow Down/I Been On
Flawless
'Yonce
Jigga
Dirt Off Your Shoulder
Naughty Girl
Big Pimpin'
Ring the Alarm
On to the Next One
Clique
Diva
Baby Boy
U Don't Know
Ghost/Haunted
No Church in the Wild
Drunk in Love
Public Service Announcement
Why Don't You Love Me?
Holy Grail
--withmeyouknowigotit
Beach Is Better
Partition
Countdown
99 Problems
If I Were a Boy
Ex Factor
Song Cry
Resentment
Love on Top
Izzo (H.O.V.A.)
In Paris
Single Ladies
Hard Knock Life
Pretty Hurts
Part II (On the Run)
Young Forever
Halo
Lift Off