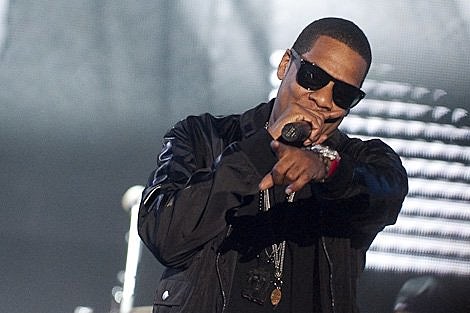 "ABSOLUT(R) VODKA, the world's most iconic vodka, announces a creative collaboration with Madison Square Garden that will offer music fans an unparalleled series of high-profile concerts at the iconic venue. Showcasing performances ranging from rock-and-roll heavyweights to country crooners, these two legendary brands will work together to bring music lovers of all kinds the ultimate concert experience as only The Garden can offer. To kick off the series, ABSOLUT and Madison Square Garden will host a once-in-a-lifetime benefit show featuring hip-hop impresario JAY-Z on September 11, 2009, to aid the New York Police & Fire Widows' & Children's Benefit Fund. The highly-anticipated performance will air live and commercial-free on Fuse TV at 9pm...

...The on-sale date and method of purchase for tickets to the concert will be announced shortly. After the announcement, Citi card members will have access to presale tickets through Citi's Private Pass(R) program. For complete presale details visit: www.citiprivatepass.com and for more information on programming surrounding this event, go to www.fuse.tv/jay-z."

Jay-Z's new song "Run This Town" features appearances by Rihanna and Kanye West. The official video for that is below...

"There's a tone and feeling to the song, there's a militia, a march and a kind of rambunctious energy to it that, for me, I immediately wanted to tap into. I showed [Jay] some references from the classic rebellious zones of the world. We live in very orderly society in America, but when you get into Brazil, you get into the Middle East, you get into Africa, you get into Eastern Europe, when you get into places like that, there's a different sort of 'we run this town' [going on]. There's less order and more chaos. So we looked at a lot of those references, new photos and historical photos, to capture that kind of falling-apart feeling."

"We wanted you to feel uneasy throughout the piece," he said. "We wanted there to be a constant layer of tension through the piece. Even in the way I shot -- where the camera comes by Jay, it doesn't stop on him, it goes to Rihanna -- there's kind of this chaos of revealing and covering and concealing. And things happen offscreen that you don't see. I think people are really gonna flip on this".

Jay-Z, Rihanna and West are confirmed to perform "Run This Town" on the series premiere of The Jay Leno Show on September 14.[10][11] The track is also expected to be performed at the 2009 MTV Video Music Awards on September 13th but it isn't officially confirmed yet. [Wikipedia]