photo: Jay Z at Barclays Center in 2014 (more by PSquared) 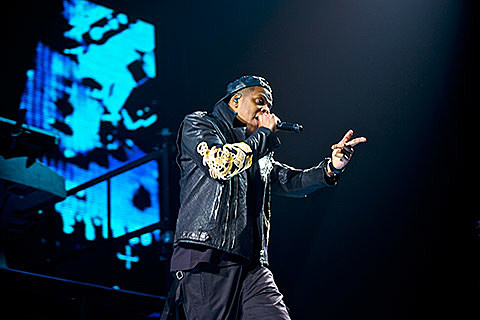 In his recent defense on Twitter of his newly-acquired streaming service Tidal, Jay Z wrote, "We made Tidal for fans. We have more than just music. We have video, exclusive concerts, tickets for events early, live sports!" They've already done some big video exclusives (Beyonce, Rihanna), and now Jay Z has announced he'll play a free "intimate" NYC show on May 13 for Tidal subscribers only.

Subscribers can try to get in to the show by curating a Tidal playlist and tweeting it with the hashtag #TIDALXJAYZ. The concert will also stream live on Tidal.

Jay is also saying the show will include old songs and deeper cuts, some of which haven't been performed in a decade, or at all. This all seems cool, as long as you're down with signing up for Tidal, which is $9.99 a month.

Earlier today Hypebot reported that Tidal raised their subscription fees by 30%, but then updated to say that's only the case if you subscribe through iTunes.