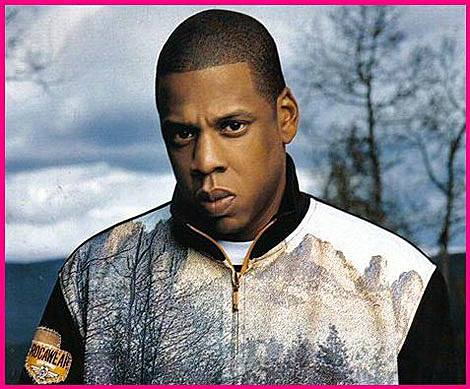 Jay-Z has replaced the Beastie Boys as the headliner of the first night of All Points West in Jersey City (the dates is Friday, July 31).

This show will mark the U.S. festival debut of Jay-Z, who last year performed at a variety of overseas festivals including the U.K.'s Glastonbury, Denmark's Roskilde Festival, Norway's Hove Festival and the O2 Wireless Festival in London. In a review of a recent show, the LOS ANGELES TIMES' Ann Powers said, "Jay-Z shows are fun because the rapper is so adept at spinning liquid gold; his mouth is one of the most nimble in the genre's history, and he uses it to present thoughts that are sharp, funny and resonant" (July 4, 2009).

It's unfortunate that it went down like this, but I think this replacement more than fits the bill. Jay will go on after Yeah Yeah Yeahs who are the band that replaced the Beastie Boys at Lollapalooza. All Points West tickets are still on sale. Video from Jay-Z's infamous performance at Glastonbury in 2008, and the new APW poster (with full lineup), below... 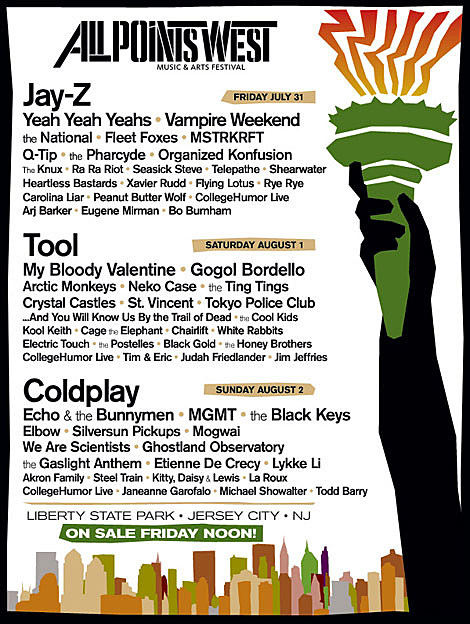