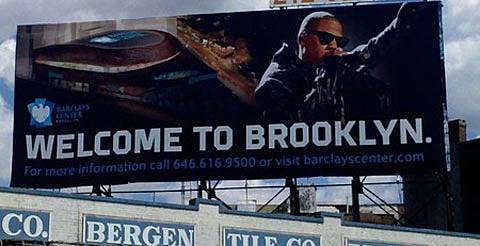 As previously mentioned, Jay-Z will help publicize the opening of the Barclays Center in Brooklyn by playing there. The Daily News wrote this morning that eight shows are planned:

The superstar, who owns a small piece of the soon-to-be renamed Brooklyn Nets, will perform at eight concerts to celebrate the grand opening of the arena - where all-access passes are going for up to $15,400 a season.

Jay-Z likely will be joined by his wife, Beyoncé - who by then will have given birth to the couple's first child - at one of the shows, and will bring on a series of other performers, sources said.

Jay-Z has since said "Maybe one, maybe two, maybe three" concerts. "And it will be officially called the Brooklyn Nets, Jay-Z said. Dates for his concerts have not been set. But he promised: "Definitely more than one."