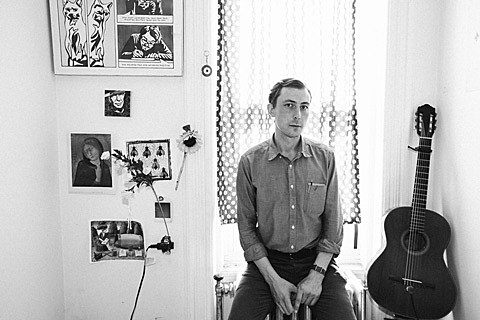 Jaye Bartell has been making music since the mid-'00s and you may have seen him open shows for Jessica Pratt or Angel Olsen recently. His sonorous voice fits well with his dark, dusty, folky songs, as can be heard on 2013's Loyalty. That album, originally, released on Headway Recordings, is getting reissued in September by Sinderlyn (part of Captured Tracks' Omnian Music). He's made a new video for "Dance With Me" from that album and it makes its premiere in this post. Watch it, and stream another song off the album, below.

Look for a new Jaye Bartell album on Sinderlyn in 2016.