The Jayhawks at Webster Hall in January (more by Kurt Christensen) 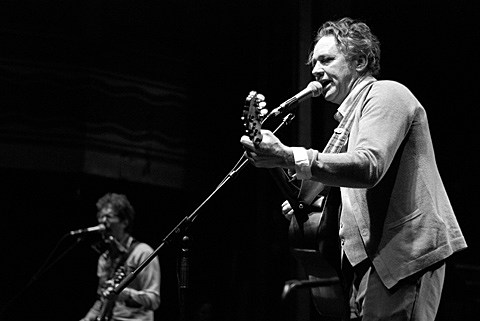 The Jayhawks are currently on a European tour that ends later this month. After that tour, they'll play a few dates in their hometown of Minnesota before heading out a North American tour in October and November. Many dates do not have openers announced but a few are with Tift Merritt. The NYC show, which takes place on October 21 at Beacon Theater is with Rosanne Cash. Tickets go on sale Friday (8/5) at noon with an "Internet Presale" starting Wednesday (8/3) at noon.

The tour is in support of the Jayhawks' new album Mockingbird Time which will be released September 20 via Rounder. The album is their first since 2003's Rainy Day Music and was produced by Jayhawk Gary Louris. It's also their first album with the classic Gary Louris and Mark Olson-led line-up since 1995's Tomorrow The Green Grass. Check out the lead single, "She Walks In So Many Ways" below.

Rosanne Cash some of her own upcoming dates, including some readings on her book tour for Composed, which she released on July 26. Her book tour hits NYC twice this month. The first time on August 9 at Barnes and Noble Union Square and the second on August 11 at PowerHouse Arena in Brooklyn.

All dates and Jayhawks single below... 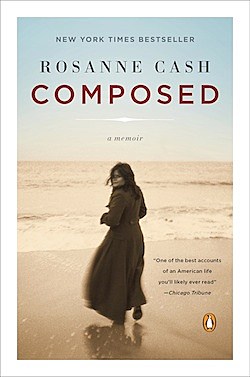