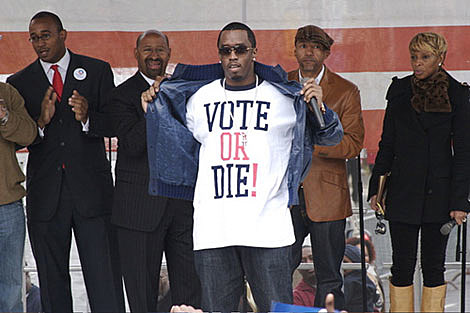 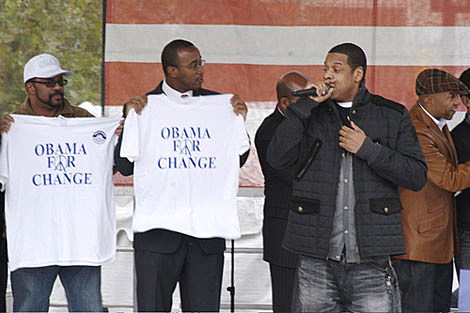 On a stage outside a North Philadelphia theater where some of the greatest R&B artists once performed, Jay-Z and other members of the hip-hop elite exhorted 10,000 young people yesterday to become part of history by voting for Sen. Barack Obama.

A throng of energized young people, many of them Temple University students, gathered in front of the historic Uptown Theater on Broad Street about 1 p.m. to hear rappers Jay-Z and Sean "Diddy" Combs and singer Mary J. Blige urge them to cast ballots for the senator from Illinois.

"I need y'all to be really, really quiet for this. I need you to really understand what I'm telling you," Jay-Z said. "Rosa Parks sat so Martin Luther King could walk. Martin Luther King walked so Obama could run. Obama's running so we all can fly." [Philadelphia Inquirer]

In semi-related news, Jay-Z's successor at Def Jam commited suicide over the weekend.