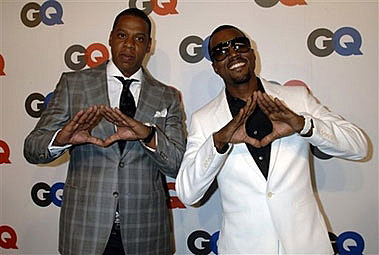 For whatever reason I find this really interesting: Jay-Z wants to rename New Jersey's Continental Arena after his Rocawear clothing company. The arena is currently home to the New Jersey Nets basketball team and the New Jersey Devils hockey team. What's odd is that Jay-Z is part of the ownership group that will take the Nets to Brooklyn soon (probably in time for the 2009-2010 season). Why would a part-owner of a Brooklyn-headed NBA team want his name on an arena in Jersey? Beats me. That horrible arena should be bulldozed ASAP, by the way. [Coolfer]