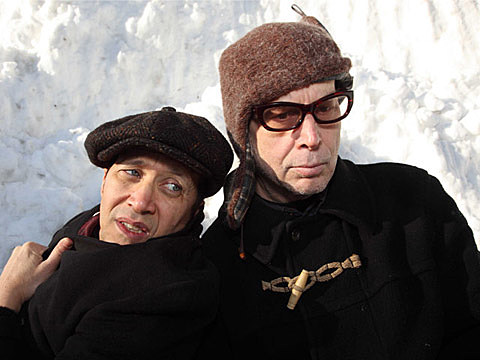 April 29th, 1979, Jean Michel Basquiat and Michael Holman met for the first time at "The Canal Zone" party, and decided to start a band together.

Gradually, they invited various Downtown artists to join the group, first Shannon Dawson, then Wayne Clifford, then Nick Taylor and eventually Vincent Gallo. In 1981, Basquiat named his industrial sound band, Gray. Jean named the band after Gray's Anatomy, an important reference source for his later paintings and the perfect name to capture the haunting, machine-like, ambient music the band wrote and performed. In the Whitney Museum's catalogue for Basquiat's 1991 Retrospective, Robert Farris Thompson, professor of Anthropology at Yale University, wrote this about Gray,"They worked the Mudd Club, CBGB's, and Hurrah's in New York, where Blondie and the Talking Heads were at that time emerging. They performed, in other words, at the epicenter of New Wave. Here they contended for space and recognition with a style that, in Basquiat's own words, was "incomplete, abrasive, and oddly beautiful." -[via Michael Holman]

Gray reformed twice since the death of founder Basquiat, "once in 1988 at Basquiat's memorial service and again in 1996 for a scene in the film Basquiat". Now Gray will reform again, for their first public appearance in twenty years, to play the New Museum Theater on Thursday, July 21st - there's an early show and a late show.

Gray recently welcomed their first ever LP entitled Shades of... via Plushsafe Records. As Allmusic points out, " Gray's case is an unusual one, in that their reunion album also happens to be their debut album." Stream a sample of one track, "Wig", at Plushsafe. Stream other Gray tracks at Michael Holman's site. Listen to "So Far So Real" from the soundtrack of Basquiat movie "Downtown 81" below...