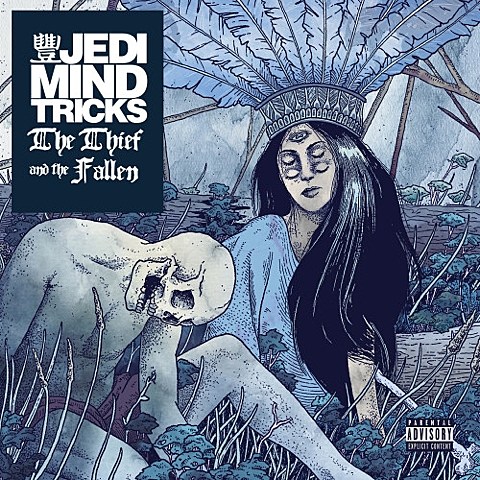 Back in 2011, Stoupe of underground rap group Jedi Mind Tricks announced his departure, but four years later he's teamed back up with Vinnie Paz and the duo will release Jedi Mind Tricks album #8, The Thief and the Fallen, on June 2 via Enemy Soil. (Jus Allah left the group in 2013 and isn't part of this release.) No music is out from it yet, but that's the artwork above.

Vinnie and Stoupe are also going on a tour that begins in DC the day after the album comes out, and hits NYC on June 5 at Bowery Ballroom. Tickets for that show go on sale Friday (3/20) at noon with an AmEx presale starting today (3/18) at noon.

All dates are listed, with an older video, below...