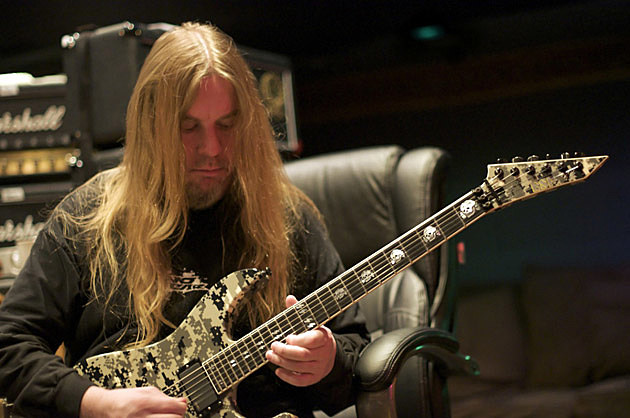 Founding member of Slayer, guitarist, and metal legend Jeff Hanneman died at 11AM PDT of liver failure at the age of 49, according to a report on Billboard.

Hannemann formed one of the greatest metal bands of all time, Slayer, in 1981, taking them to the top of the metal world and creating bonafide classics like Reign in Blood, South of Heaven, Seasons in the Abyss and more in the process. Thirty years later, Hannemann was forced to leave behind the band he loved after contracting necrotizing fasciitis in early 2011. Exodus guitarist Gary Holt sat in his stead in the time since.

Jeff Hanneman and Slayer are 100% responsible for creating some of the most important records of all time. I am personally saddened by the news. Rest in Peace.