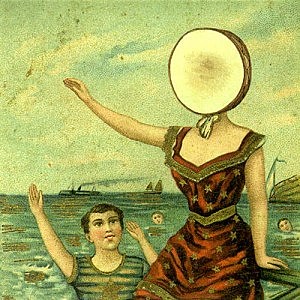 The Wordless Music Series has announced:

In September of 2006, the Wordless Music series presented its first concert at the 250-capacity Good Shepherd Faith Church on West 66th Street in New York City. Five years later, we are slightly shocked and humbled to announce the start of our 5th anniversary season with a true musical great: Jeff Mangum of Neutral Milk Hotel, performing his first U.S. live shows since 1998, and in two of the country's great acoustical treasures: on Saturday, September 10, at the 1,050-capacity Jordan Hall at New England Conservatory in Boston; and on Friday, September 9, at an historic 1,150-capacity venue to be announced next week. Tickets for these concerts will be $35 and open to audience members of all ages. A small number of tickets for the Jordan Hall concert go on presale next Friday, February 25 at 10am by phone, online, and (with no service charges) at the Jordan Hall box office; the remaining Jordan Hall tickets will be sold at the same outlets starting at 10am on Saturday, February 26. Ticket info for September 9's concert will be disclosed....imminently.

There goes ATP's claim that the September 30th and October 3rd shows will be "his first large public show of Neutral Milk Hotel songs in over a decade." They will be at least his 3rd or 4th now. Stay tuned for more info as it's released.

UPDATE: Jeff Mangum is playing & curating an ATP UK too.