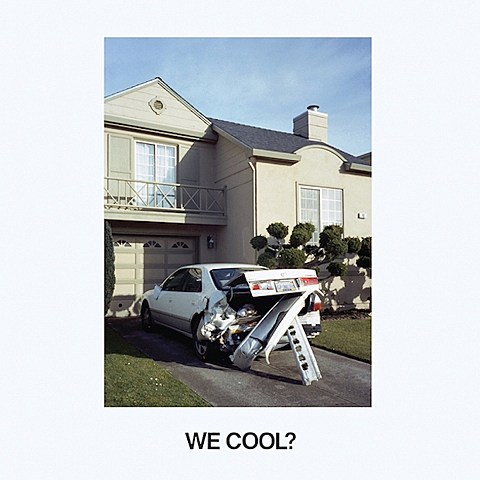 Jeff Rosenstock spent the late '90s through 2004 leading ska punks Arrogant Sons of Bitches, and the following ten years leading Bomb the Music Industry (and sporadically re-activating ASOB), and now he's officially gone solo. His new solo album, We Cool?, comes out next week (3/3) via Side One Dummy, and it's currently streaming in full.

Jeff's a veteran artist with a devoted following, and those fans have probably already heard this album by now, but if you've still yet to dive into Jeff's work this isn't a bad place to start. It stands on its own as a solid album, even outside of the context of his previous bands, and it's a surprisingly modern-sounding record. If you didn't know Jeff's been doing this for over 15 years, you'd think he was another indie-punk breakout alongside Joyce Manor and Lemuria. Take a listen to the whole thing below, via Spin.

It's up for a $5 digital pre-order, or you can get it on a donation basis from Jeff's own label Quote Unquote Records.

Jeff's about to go on a stacked tour with Andrew Jackson Jihad, The Smith Street Band and Chumped, which hits NYC on 3/20 at Warsaw (tickets), but he'll be playing the city sooner than that. All five boroughs of it.

To celebrate the record, Jeff's doing a run of five free all ages shows in one day (March 8), beginning in Staten Island at 10 AM, then hitting Brooklyn, Queens, The Bronx, and ending in Manhattan at 9 PM. Here's his schedule:

And for the real superfans: Jeff's giving out wristbands at the first four shows, and the first 25 poeple to show up to the fifth show with all four wristbands gets a limited poster designed by Jeff.

After the AJJ/SSB/Jeff/Chumped tour, Jeff and Chumped will do a run of dates themselves including Absury Park's Asbury Lanes on April 26 (tickets). All dates are listed, with the new album stream and 5 boroughs flyer, below... 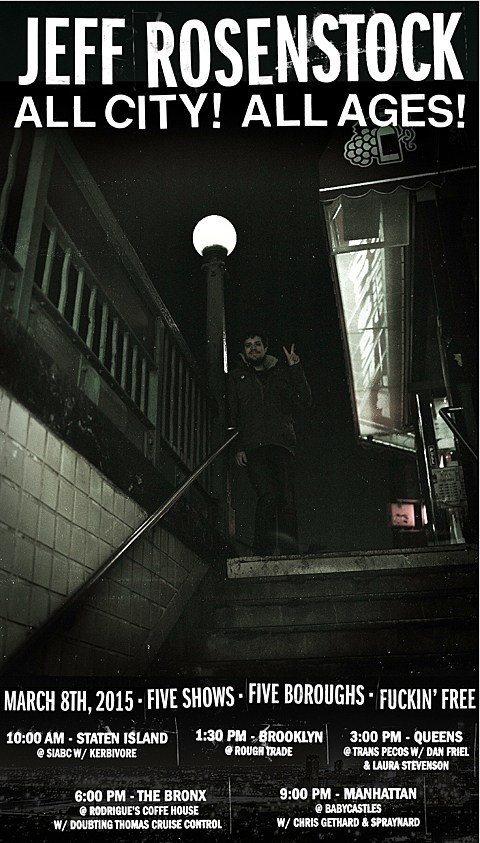