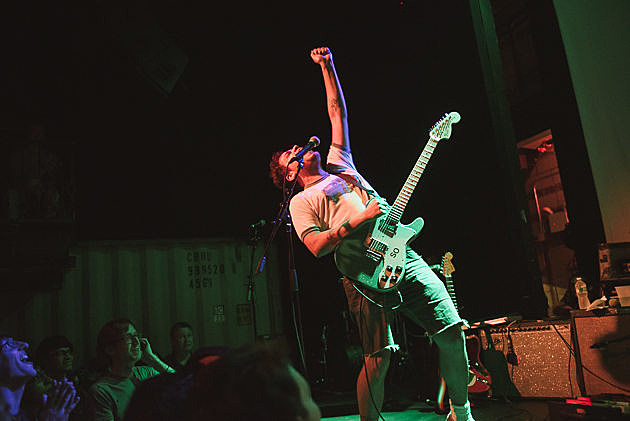 Fresh off a riotous set at the Chris Gethard Show premiere, Jeff Rosenstock has announced a co-headlining tour with Alkaline Trio co-frontman Dan Andriano's other project Dan Andriano In The Emergency Room which includes quality support from Pet Symmetry, High Dive and Spraynard. The tour hits NYC on July 31 at the Marlin Room at Webster Hall. Tickets for that show are on sale now. All dates are listed below.

Jeff produced the upcoming Dan Andriano album, Party Adjacent, which will be out July 17 via Asian Man. Pet Symmetry recently put out their debut LP. Spraynard will release their new album, Mable, on July 10 via their new home of Jade Tree Records. Jade Tree also just put out Spraynard's "Bench" 7" which you can stream below.

Pet Symmetry's Evan Weiss will also reunite his band The Progress at The Fest, which just added a Weston reunion and other bands.