Get well soon, Jake! This only affects four dates of their tour with Best Coast -- Those Darlins begin as openers starting June 26, which includes the 7/17 show at Terminal 5 -- but it will unfortunately mean JEFF's appearance at Choas in Tejas this is a no-go.

In happier news, JEFF the Brotherhood just released their new EP, Hypnotic Knights, which is the first release through their new deal with Warner Brothers (a phrase that still seems a little unbelievable). The four songs are all from the band's third album, similarly titled Hypnotic Nights, which is out in July on Warner Brothers via Jake and Jamin's Infinity Cat label. The fidelity is a little higher (Black Keys' Dan Auerbach produced), but this is still the JEFF we know and love. You can stream the Hypnotic Knights EP below. 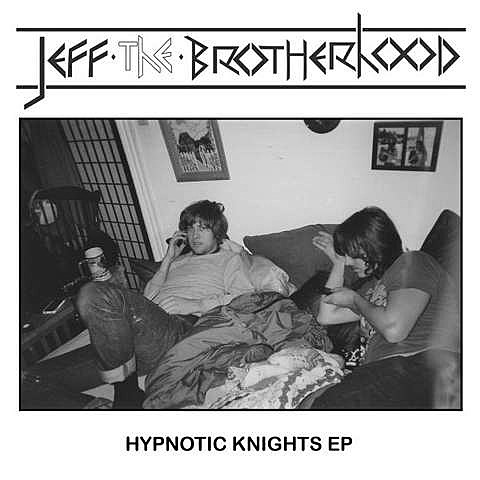