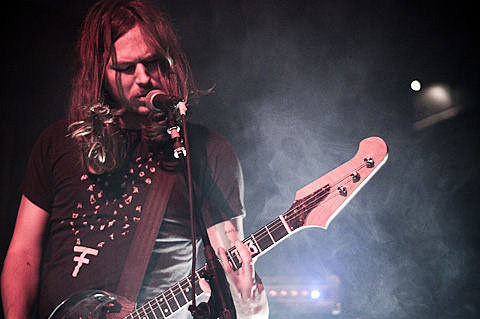 Garage rockers JEFF the Brotherhood are set to play Coachella and Bonnaroo and they'll be touring around those festivals too. Their tour dates include a stop in NYC for a two-night run at Mercury Lounge from May 18 to 19. These guys go pretty wild, especially in small rooms so get ready for sweaty bodies and booze-soaked craziness everywhere. Tickets for both Mercury Lounge shows go on sale Friday (3/22) at noon with an AmEx presale starting Wednesday (3/20) at noon.