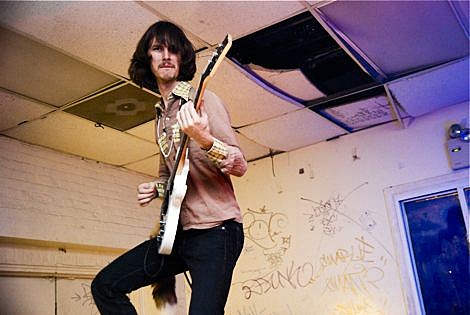 Nashville's JEFF the Brotherhood are back in town this weekend and if you missed Jake and Jamin's four-show run at Death by Audio last month you should definitely try to make one of their three area shows: Cake Shop on Friday (5/22), Bruar Falls on Saturday (5/23) or Death by Audio on Tuesday (5/26). They are a serious amount of fun. JEFF just made a video for their song "Bone Jam" which you can watch below.

Along for the ride are their Nashville neighbors Turbo Fruits, fronted by Jonas Stein who was guitarist in Be Your Own Pet. Their self-titled album from 2007 on Ecstatic Peace is a fun slab of grungy, garagey party rock. Since BYOP's dissolution, Turbo Fruits have gone through a couple lineup changes and have signed to Fat Possum, home of WAVVES, Crocodiles, and Andrew Bird. There's a video for their song "Volcano" below. 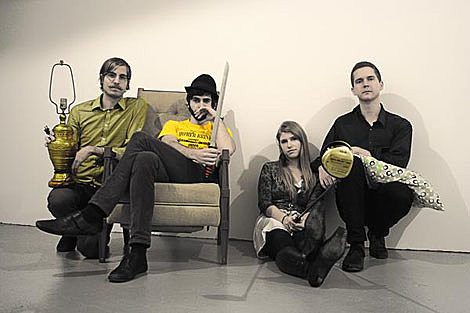 Elsewhere this weekend, the Spicy Times party returns to Union Hall with New York locals Jaguar Club, Spanish Prisoners and ECHOecho (who replaced the Shackletons). Most of the press Jaguar Club have gotten make reference to new wave or new-new wave which I think must come from them listing Echo & the Bunnymen, The Smiths and Talking Heads as influences on their MySpace. Apart from the new romantic singing style of frontman Will Popadic, I don't think there's anything overtly retro about Jaguar Club's sound. They're doing their own thing.

Spanish Prisoners are a band I've been meaning to write about for a while, as I thought their debut, Songs to Forget, was one of the more underrated (and underheard) albums of last year. Part of that was they didn't play all that much, the band kind of imploded with main Prisoner Leo Maymind rebuilding it this year into a new precision touring unit. The first fruits of this is a free download EP, Los Angeles Guitar Dream, which is a bit different than what they've done before but is pretty great, especially the ethereal-yet-dancey title track which you can check out at the top of this post. If you want to learn more about Spanish Prisoners and Jaguar Club, Maymind and Popadic recently interviewed each other and it's a pretty entertaining read. 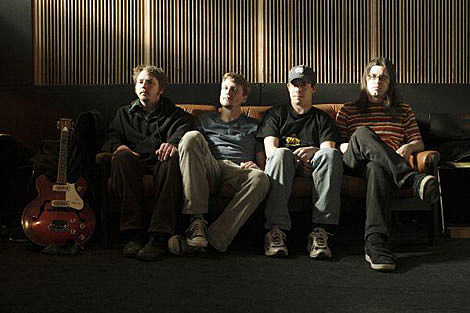 Another good Saturday option is this week's Cake Shop 4th Anniversary Awesome Saturdays event. While not the 16-band spectacular that was last Saturday's party, this week features Chapel Hill, NC's The Kingsbury Manx who've been plugging away for nearly a decade now making good album after good album of gentle '60s-ish folk pop, garnering good reviews but not much attention. I would like to think this might change with their new album, Ascenseur Ouvert!, which might be their best yet, with songcraft playing as big a part as mood this time. If you like the current roster of Sub Pop folk (Fleet Foxes, Grand Archives) seek this band out. Also on the Cake Shop bill: fellow Chapel Hill natives (and Odessa Records labelmates) Americans in France; two dreamy artists from Arizona (Stephen Steinbrink and Hell-Kite); NYC-via-NZ's The Mad Scene which features Hamish Kilgour of the Clean, as well as Georgia Hubley of Yo La Tengo; and local post punks Fan-Tan.

Tour dates for most of the bands mentioned here, and videos after the jump... 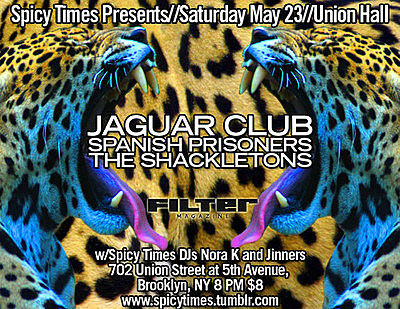