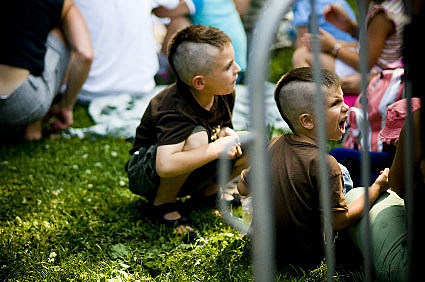 Where were the kiddies? Here we are, standing in the hot sun at the kid's stage, Kidzapalooza, and about five kiddies can be spotted--in a sea of at least a thousand. So why are hipsters and d-bags taking up all the space? It's pretty simple: Today's [August 1, 2008] intimate set may be the closest many get to Wilco demigod Jeff Tweedy.

Adjusting to his surroundings, Tweedy played the role of cool babysitter, doling out kid-friendly advice before delivering knowing, adult winks on the side. "I apologize for setting up down here," Tweedy explained of his decision to set up on the ground below the stage, making him much more difficult to see for anyone more than ten feet away. "I wanted to get closer to the kids," he says. "But in a respectful way." Do any kids want to hear Wilco songs? A request comes in for "On and On." Tweedy: "That's too serious of a song for you to want to hear." Later, he warns his listeners about the "adult themes" in Wilco's "Impossible Germany." Chuckles ensue. "Heavy Metal Drummer" and an Appalachian folk treatment of "I'm The Man Who Loves You" (dedicated to wife Sue) get their predicted crowd-pleasing treatment, as does "What Light."

While the more predictable Wilco retreads satiated most, a reunion with former Uncle Tupelo member Bill Belzer on Tupelo's vintage "New Madrid" provided\ my personal highlight. Belzer also plays in the Terrible Twos, the atrocious kiddie band version of The New Amsterdams, and with Belzer and the Twos preceding Tweedy, I suppose a reunion was, well, invevitable. [Time Out Chicago]

Don't forget that Lollapalooza is streaming. Pictures of Tweedy and Belzer below.... 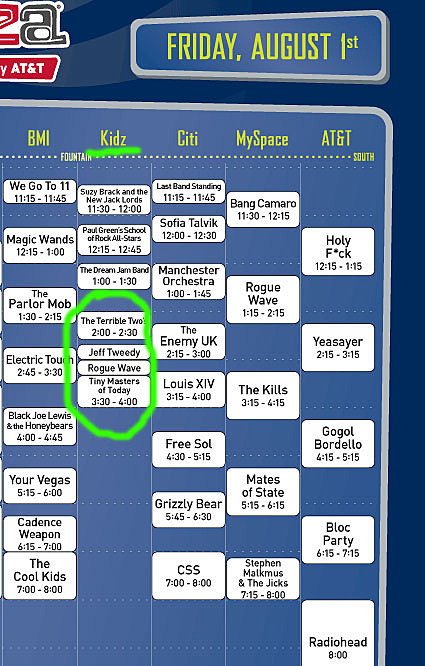 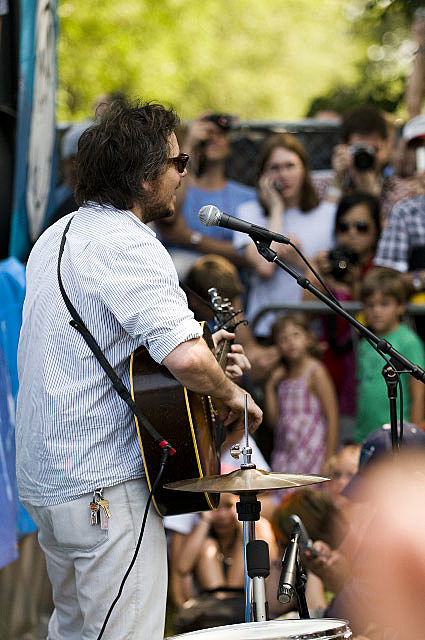 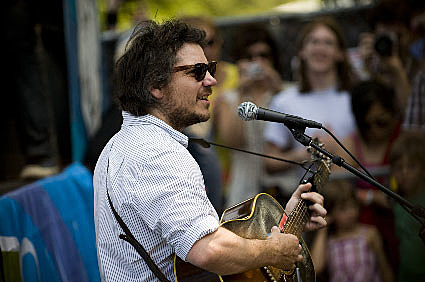 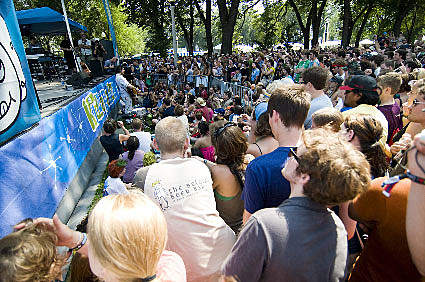 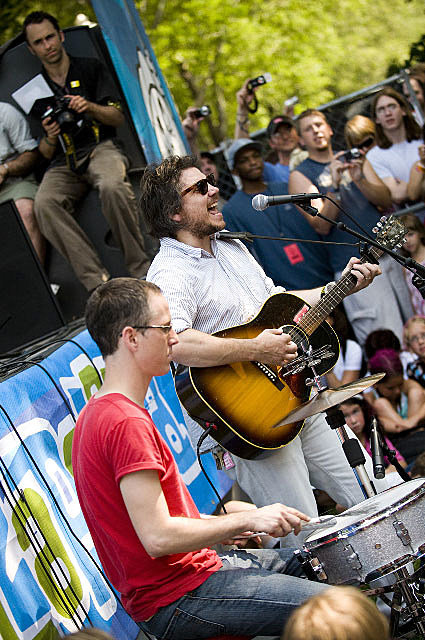 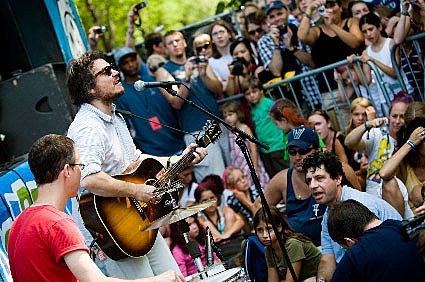 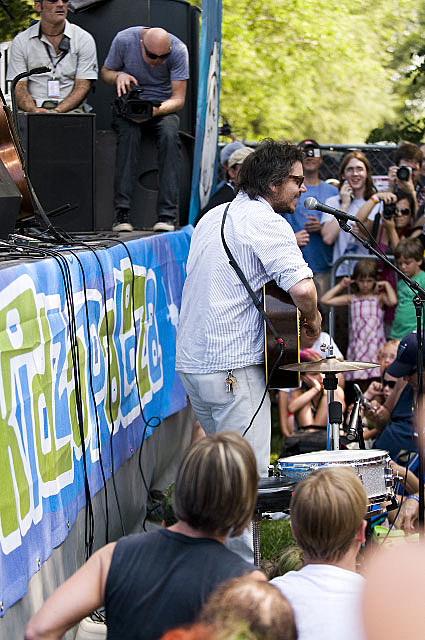 Since its 2005 inception at Grant Park, Lollapalooza has gotten off to a slow start. Not so Friday, with lines of ticket-holders snaking down Columbus Drive waiting for the gates to open in the morning, and then hundreds of fans racing inside to gain prime positions for Radiohead's headlining performance at the main stage.

Friday's sold-out show was a Lollapalooza first. Promoter Charlie Jones said Saturday tickets had also sold out, and only a few thousand remained for Sunday's finale. After failing to crack the 170,000 barrier its first three years, Jones expected to sell 225,000 tickets this year, no doubt aided by a stellar lineup of headliners.

In addition to Radiohead on Friday, the Saturday closers will be Rage Against the Machine and Wilco, and Sunday's prime spots belong to Kanye West and Nine Inch Nails.

In what has generally been a down year for rock festivals, with attendance falling off at many major gatherings such as Coachella in California, Lollapalooza is a notable exception. [Chicago Tribune]