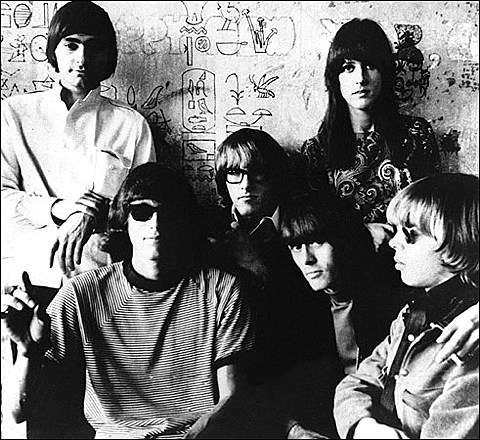 The tour hits NYC on March 22 at BB King's. Tickets for that show are on sale now. All dates are listed below.

It may not be as exciting as if the full band got back together, but seeing Paul Kantner do a full set of Jefferson Airplane songs (especially with Freiberg on board) is still something to look forward to. Plus, as long as Grace Slick remains retired, a full reunion is out of the question. And according to former bandmate Jorma Kaukonen, she is. He recently re-confirmed to JTA, "Grace doesn't sing anymore, so that means that's really out of the question." But as for the rest of the members: "We'd like to do something. We don't know what that is, whether it's just wandering around and yakking on talk shows or something like that. Maybe having some acoustic guitars and playing some songs and talking."

Jorma's last appearance in NYC was actually Airplane-related too. Hot Tuna, his duo with JA bassist Jack Casady, played a special Beacon Theatre show in December for Jack's 70th birthday that had Jefferson Airplane co-lead singer Marty Balin fronting the band for "3/5 of a Mile in 10 Seconds," "Plastic Fantastic Lover" and "Volunteers." They also of course did the Grace Slick-fronted "Somebody to Love" and "White Rabbit," but with Tuna live member Teresa Williams singing lead, and covered The Dead's "Sugaree." Check out a video of Marty with Tuna from that show, below.

Jorma also takes part in the upcoming Jerry Garcia tribute in Maryland, which all four current Dead members are playing. Jorma's other upcoming shows include SXSW, and nothing in NYC, but a couple nearby shows in NJ. All dates are listed below.

Marty Balin also has upcoming shows, including returns to NYC on April 4 at The Cutting Room (tickets) and July 31 at Iridium (tickets). He'll probably play a ton of Airplane too (check out the setlist of his most recent NYC show). All of his dates are listed below.

Watch a few classic Jefferson Airplane videos, plus that recent Beacon Theatre video, and the lists of tour dates, below...