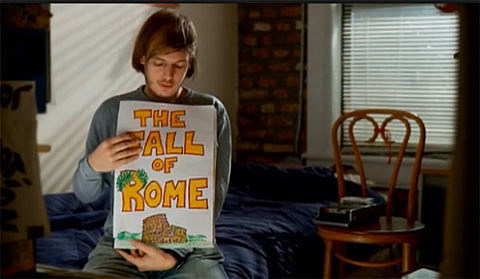 "Thank you so much for coming here," Jeffrey Lewis began after a lively sound check and some introductions. "We realized that in Googling 'Shea Stadium,' you had options for other places you could have ended up. Those of you who made it here, we'll do our best to make it the best Shea Stadium you could be at this evening." (Unfortunately, I didn't make it out earlier to catch much of the opening acts: John Kessel and Lail Arad though the two songs I did hear from the British songstress were charming.)

Tuesday night's show marked the release of Jeffrey Lewis and legendary folk musician Peter Stampfel's second album together. The two met some seven years ago at Ed Sanders' 65th birthday party at the Bowery Poetry Club and have collaborated from time to time since then.

Thanks to his zany banter, vivid recollection of the scene in the 60s and 70s, and bizarre and impressive discography, Stampfel is quite a force to behold. His songs range from more traditional folk/blues numbers to utterly ridiculous songs like "Stick Your Ass in the Air," which he apparently wrote and recorded with his daughter. "I love dance music," Stampfel said by way of explaining the song. "Dance music is super... etcetera, but a lot of dance music is really dumb [...] there were way too many hands in the air. All hands and not enough asses."

As the evening went on, Stampfel continued to open up and revealed some of his recent projects. Apparently, he has also been working on recording a popular (but often forgotten) song for every year in the twentieth century. After whistling the chosen ditty from 1904, he and the band played the rambunctious, rollicking song "Heart Made of Stone" from 1955. In addition to the period pieces, Stampfel and Lewis reworked a number of traditional folk songs in irreverent, but entertaining ways (Norman Greenbaum's "Spirit in the Sky" became "Devil in the Ground").

Interspersed throughout the set were a series of "films" (now available on the History Chanel website!), featuring Lewis' hand-drawn illustrations of historical events that are then set to songs with explanatory lyrics. This time, we learned about Marco Polo, The Renaissance, and the colorful history of bottle caps, featuring some of Stampfel's favorites, scanned especially for the occasion from his personal collection of more than 12,000.

When Lewis sings, "They love me or they hate me. No one's on the fence," he might be talking about potential lovers, but the line (from the song "Cult Boyfriend") is indicative of the general public's response to his music. Add Sampfel to the mix, and these two groups (the fans and the haters) become even more distinct.

But there's a silver lining to this schism. Because Lewis' music is so polarizing, his shows are rarely populated by a disinterested or ambivalent crowd, and this was no exception. Instead of being put-off by the many oddities and quirks of the performance, the small, convivial crowd openly laughed along with Lewis and Stampfel's stage antics and were more than willing to participate in impromptu sing-a-longs and history lessons - a goofy sing-a-long one minute, an educational cartoon the next. Love it or hate it, it doesn't seem to matter much to Lewis.

Jeffrey, who not that long ago headlined his own show at Bowery Ballroom, plays his next NYC show, again with Peter, at the tiny Pete's Candy Store on 2/22. They also have a Philly show scheduled. The Shea Stadium setlist is below...

--
Jeffrey Lewis/Peter Stampfel set list
God, What Am I Doing Here?
The Singing Tree
Ass in the Air
Whistler's Dog (a song from 1904)
Heart Made of Stone (a song from 1955)
Marco Polo (film)
Hoodoo Bash
? (a Michael Hurley song)
Busted
Demon in the Ground
20,000 Leagues Under the Sea
Gong of Zero
Bottle Caps are Cool (film)
Black Leather Swamp Nazi
Little Sister in the Sky
The Renaissance (film)
If You Want to Be a Bird
"A Crass Song"