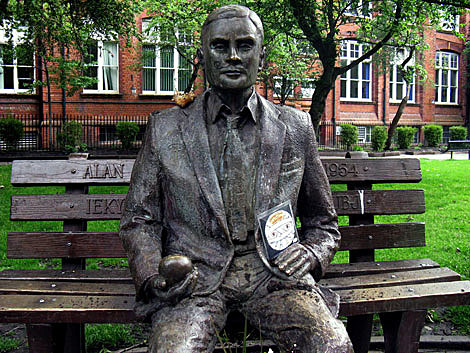 [In the UK, Jeffrey Lewis] will sell out venues that hold up to 800 fans. Back in America, though, a headlining slot at Bowery Ballroom is the highest-profile gig he'll play behind his new Rough Trade album 'Em Are I, and even that seems a bit excessive to him. "If we were hitting, like, 150 or 200 people everywhere around the States, that would be totally fine," he says. "Once it starts getting above, like, 400, it just takes it into a different context." [Village Voice]

That Jeffrey Lewis Bowery Ballroom show happened on Wednesday, May 20th. It was the CD release show for his latest record, 'Em Are I, out now on Rough Trade. Were you there?

Jeffrey's previous record, 2007's 12 Crass Songs, was exactly that - an LP of Crass covers. About.com asked him about that...

Lots of aging punks got mad at the Dirty Projectors with their Black Flag album [Rise Above]. Did you find similar resentment?

"Mine was a very different record to the Dirty Projectors'. Black Flag songs are not so big on the content removed from the context, so putting them into this modern, art-rock, hipster context takes away whatever it is that makes those songs meaningful. With the Crass stuff, it wasn't a case of obscuring the message, but focusing it, by giving their lyrics a straight-forward presentation. In that way, it was like the opposite to the Dirty Projectors' project, so there was total irony in the fact that those records came out around the same time, and were always compared to each other. I do get some flack from the most devoted of Crass fans, but Crass themselves were really nice about it. I was talking to Dave [Longstreth] of the Dirty Projectors and he was saying that they just never heard any word from Black Flag at all. They tried getting in contact and met with no response. So it was pretty cool that Crass were so welcoming and supportive of me."

From Lewis' popularity overseas, it's not suprising that the songwriter calls the UK's Rough Trade Records home. After his current tour of the Northeast, which includes some dates with Au Revoir Simone, Lewis will meet with the Brits in Art Brut to perform as the "special guest" on the last night of that band's 5-day Mercury Lounge run (no We Are Scientists this time around).

Lewis recently said goodbye to his NY Times Measure for Measure blog with a final post. Coming up, look for the singer to update his 2008 Daytrotter session with a visit to the Rock Island studio in June.

Video from Lewis's May 20th Bowery show, and one of Jeff playing with Emmy the Great, plus all tour dates, below...

Untitled from Rough Trade on Vimeo.