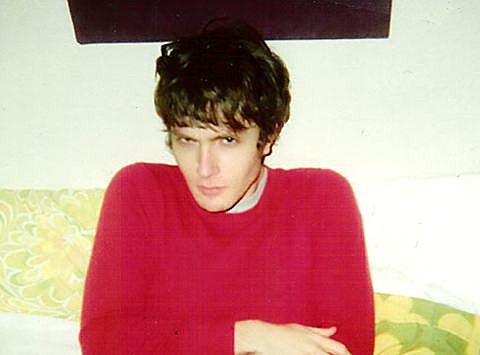 Nashville's Jeffrey Novak has had a busy year. His band Cheap Time released their new album, Exit Smiles via In the Red, and he made time for a solo album The Lemon Kid which came out last month on Trouble in Mind (stream it via Rdio). And when he wasn't releasing records he was touring. The dude never stops. For example, Cheap Time start their next tour in about a month, which hits NYC twice: February 22 at Union Pool (tickets) and February 23 at Mercury Lounge (tickets).

Novak is also a rabid musicologist who seemingly eats rock n' roll for breakfast and really, really knows his stuff. We've been asking artists for their 2013 Top 10 lists and, instead of a list of new albums, Jeffrey gave us "The Top Ten things about Lou Reed that everyone else seems to be overlooking after he died," complete with informative/entertaining commentary. Check that out -- with related streams and video -- below.

Jeffrey Novak's Top Ten things about Lou Reed that everyone else seems to be overlooking after he died:

10. Lou Reed's The Bells
I consistently tell people this is my favorite Lou Reed album. I think Berlin is his masterpiece, but The Bells is a pretty close 2nd. I only know one other person that even likes this album. This was the first album I bought for my girlfriend, who has great taste, but she said the A-side sounded like bad Billy Joel. Apart from "Disco Mystic," maybe I even agree with her. But like most great albums, it's the B-side that delivers the gold, mostly the 9 minute title track.

8. Lou Reed's co-writing credits on a Kiss album
I'm not much of a Kiss fan, but I am a big Bob Ezrin fan! And through that Bob Ezrin connection, Lou ended up co-writing 3 songs on Kiss' very forgotten 1981 album, Music from "The Elder." I've never bothered to hear this album after getting burned with Nils Lofgren's Nils and Nelson Slater's Wild Angel.

7. Lou Reed's performance in One Trick Pony
I've never seen One Trick Pony, but I really want to because it has Rip Torn in it. I'll watch anything with Rip Torn. What I have seen though, is a scene from One Trick Pony on Youtube with Lou playing a record producer giving Paul Simon a whole rap about how he could over-produce a song for him. I'm not sure if this is Lou's only scene in the movie. 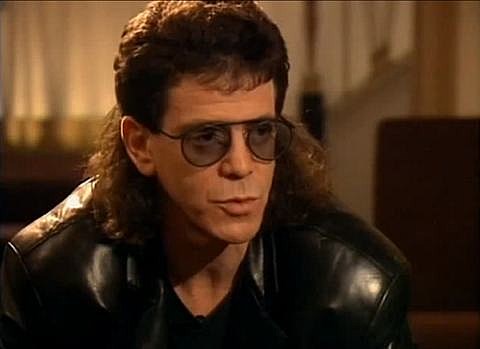 This started at some point in the later 80's and came into full bloom around the time of the 1989 New York album and lasted until sometime before the 1993 Velvet Underground reunion.

5. Lou Reed's version of "Pale Blue Eyes," from Live: Take No Prisoners
As far as I'm concerned, "Pale Blue Eyes," is the greatest love song ever written, and while I think the version on the 1969 self-titled Velvet Underground LP is fine, Lou didn't really perfect the song until 9 years later on the Street Hassle tour where he recorded his best live LP and his definitive version of this song. According to Victor Bockris' book, Transformer, Lou was trying to get back together with his ex-girlfriend from college around that time, Shelley, after he'd just broken up with his boyfriend, Rachel. Apparently he was trying to get back together with her back in 69 when he recorded the original version as well, but the live version from 1978 really has all the despair and anguish you could ever ask for from Lou.

3. Lou Reed's performance in Get Crazy.
Get Crazy is director Allan Arkush's 1983 film based on his experiences working at the Fillmore West, before he started collaborating with Joe Dante and cutting trailers for Roger Corman. I've always thought of this film as an unofficial sequel to Arkush's Rock 'n' Roll High School. Lou essentially plays a character based on himself named Auden. By 83' Lou was already such a character of himself anyway, that it's beyond entertaining seeing him pull it off on screen. Plus the original soundtrack and the closing credits include one of his best songs of the 80's, "Little Sister," that not only makes reference to his own baby sister, Elizabeth, and his favorite author, Raymond Chandler, but also includes a great understated guitar solo from Robert Quine.

2. Lou Reed's weird untitled 23 second instrumental song/interlude only included on the original 1973 8-track of Berlin.
This song is mostly just a short piano piece apparently played by Allan Macmillan. It sort of sounds like Mike Oldfield's music for The Exorcist. It's been a long time since I've heard the 8-track version of Berlin. I don't even remember which songs this even fits between. I just loved how this short piece of music could make an already very special album that much more special on such an obsolete format.

1. Lou Reed's rendition of Francis Scott Key's classic, "The Star Spangled Banner," re-titled "America."
This track was recorded during the 1980 Growing Up In Public sessions, but only released on the 1992 box set, Between Thoughts And Expression. After years of wearing out Lou's solo and VU catalog, this song gets stuck in my head more than any other song he's done, especially when I'm out of the country and feeling more patriotic. John Cale mentions in his autobiography, What's Welsh For Zen, how Reed always pushed the upmost importance of the chorus, so of course, Lou was forced to add one to this chorus-less FSC tune. In doing so, he truly makes this song his own.

Filed Under: Best of 2013, Bill Pearis, Cheap Time, Jeffrey Novack, Lou Reed
Categories: Music News
Comments
Leave A Comment
Rhett Miller tells us about the inspirations behind new album ‘The Misfit’
25 of our favorite covers by Sharon Van Etten
The Birth of Punk exhibit showing at the Seaport through August
Listen to Lou Reed’s previously unreleased 1965 demo “Men of Good Fortune”
Listen to a rare demo of Velvet Underground’s “Heroin” from the Lou Reed Archive Series
Our favorite songs of the week (playlist)