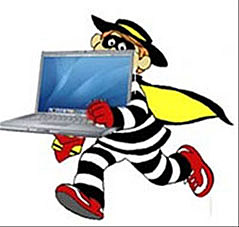 According to a police report, the thief likely climbed up the two-story building's fire escape near Union Avenue after 3 am.

"It's not about the monetary loss," said Kane. "Blood, sweat and tears are not easily quantified. There's also the feeling of being violated when someone came into this space." [Brooklyn Paper] (via)

That sucks! Beware of any suspcious tweets and/or emails.

The shows will go on though. This weekend Jelly hosts two more parties. The first is the second edition of Rock Yard on Saturday (lineup at the link). The second is Sunday's Pool Party which this week is a "Block Party" and is scheduled to take place at/outside Brooklyn Bowl instead of Williamsburg Waterfront. The Sunday "block party" still has no announced lineup though (but Siren co-headliner Ted Leo is a rumor).

This week's Pool Party/Block Party has always been planned for Brooklyn Bowl unlike last weekend's which was forced to move there at the last second.

This weekend's Block Party is one of two upcoming "block parties" that Jelly has planned for us this summer. The next one will take place at South Street Seaport in NYC (and in three other states as well).

Video of cops busting/searching people at the July 18th Pool Party while Murder City Devils plays in the background (the 9 minute video is titled "Waste of Time: 9 Pigs to sniff out 1 Roach"), below...