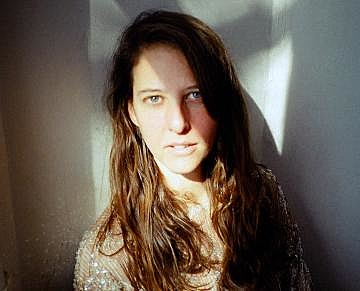 Canadian folk singer Jennifer Castle, who previously existed under the moniker Castlemusic, released her first album under her own name (though the album is titled Castlemusic) on April 26 in Canada via Chad Vangaalen's Flemish Eye label. Jennifer was accompanied by Dave Clarke and engineer Jeff McMurrich (Fucked Up, Owen Pallett), who recorded and mixed the album. She brought in friends to help out with piano, organ, flute, vibes, and pedal steel to accompany her voice and guitalele.

Jennifer's brand of folk exuberates with time-honored melodies and arrangements not unlike fellow Canadian Joni Mitchell. You can grab the songs "Neverride" and "Powers" off the album above, and purchase the album download or CD/LP from Flemish Eye. Also check out the videos (filmed by Mitch Fillion) of Jennifer's performance of "Powers" and "Poor as Him" on Southern Souls below.

Jennifer plays NXNE in Toronto on June 16 at WrongBar with Fucked Up, whose new album we recently mentioned Jennifer provides guest vocals on (she has also backed them on at least one older record). She'll play another NXNE show on June 18, the Flemish Eye/Weird Canada showcase, with her labelmates Chad Vangaalen and Braids, and Grimes and Duzheknew.

After NXNE, Chad Vangaalen heads out on short US tour with Nat Baldwin including the previously mentioned Music Hall of Williamsburg show on June 21. Hospital Ships also open that show and tickets are still available. Updated dates below.

All tour dates (though none in the US for Jennifer yet), videos, and Castlemusic stuff below...

Jennifer Castles - "Poor as Him" on Southern Souls

JENNIFER CASTLE - Poor As Him from Mitch Fillion (southernsouls.ca) on Vimeo. 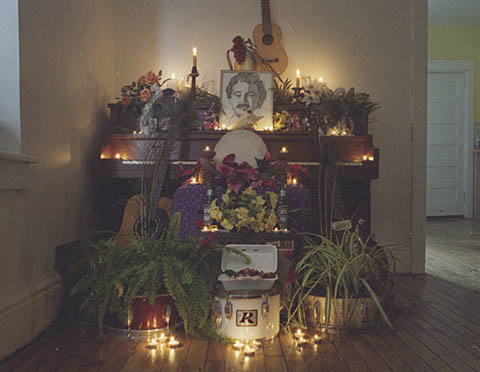 "This is a shrine dedicated to the experience of making and releasing Castlemusic. It's built on the piano I was given for my birthday two years ago and began writing on for the first time. 'Way of the Crow' was one of the first songs I wrote on it." [Weird Canada] 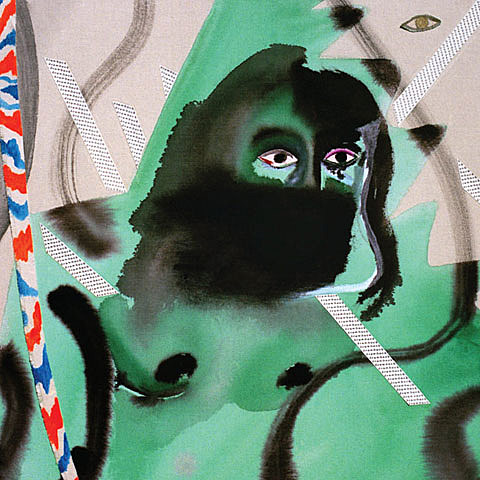 Castlemusic Tracklisting:
1 Summer
2 Neverride
3 Powers
4 Way of the Crow
5 You Don't Have to Be
6 Misguided
7 Remembering
8 Poor as Him
9 The Friend 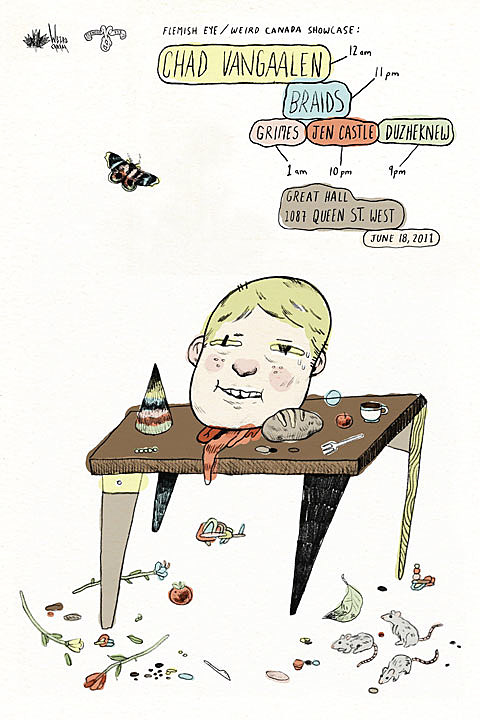 --
Chad VanGaalen - Peace On The Rise