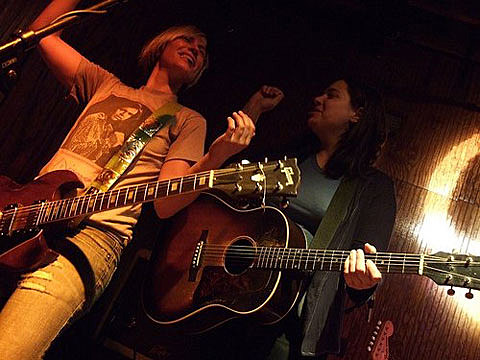 "I am going to be hosting and performing in a monthly songwriter's series called Tower of Song that will take place on the second Tuesday of every month in 2011.

Each month I will invite three other songwriter's to join me and we will get together at the Rock Shop and each play a handful of songs and talk about our songwriting processes a little bit and collaborate and maybe play a cover or two. I think it's going to make for a really interesting night of music, especially for those interested in the "song" as an art form and maybe learning about how different folks write. I, for one, am totally excited to see what comes from it."

Jennifer, as she explained above, will also be playing at each show. She is also working a new record which she hopes to "have out some time later this year." Flyers, and a video of Jennifer covering "Waterfalls" with Clint Assay, Andrew Singer and Amy Bezbelow at Joe's Pub on December 15th, below... 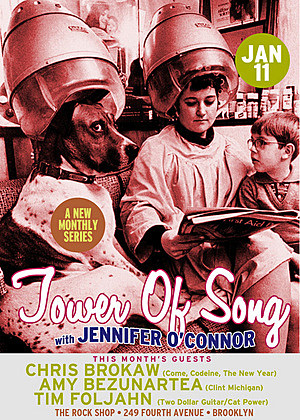 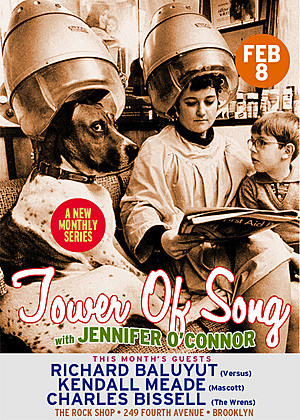