Jennifer O'Connor at Maxwell's in 2009 (more by Toby Tenenbaum) 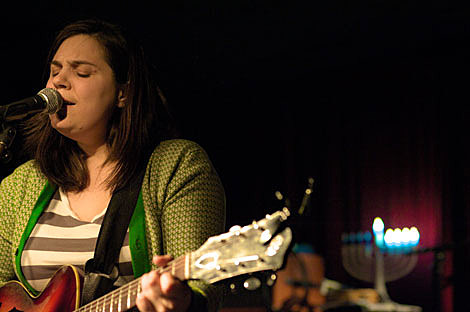 As mentioned, indie rock vets Come reissued their debut LP, Eleven: Eleven, earlier this month (5/7) and they're supporting that reissue with a tour. And since we last spoke, openers have been announced for that tour. The NYC show, which happens on June 28 at Bowery Ballroom, will be opened by Come's Matador labelmate Jennifer O'Connor. Tickets for that show are still available. It's Jennifer's only announced date at the moment.

Updated Come dates are listed, along with some videos, below...

Jennifer O'Connor - "Always In Your Mind"