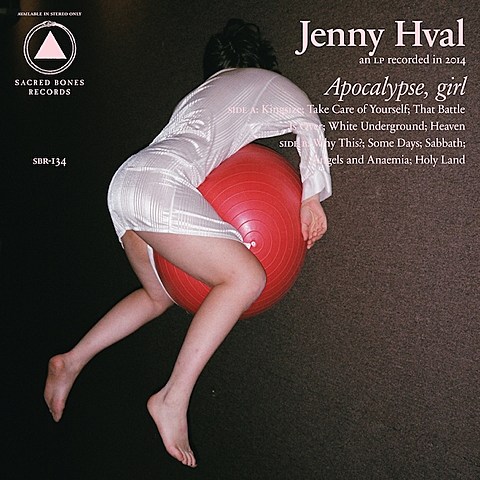 Norway's Jenny Hval signed to Sacred Bones for her next album, which is called Apocalypse, girl and comes out on June 9 via the label. The album was produced by a fellow Norwegian musician, noise veteran Lasse Marhaug, and it features Thor Harris (of Swans), Oystein Moen (of Jaga Jazzist), Okkyung Lee, Havard Volden, Kyrre Laastad, and Rhodri Davies. The new single, "That Battle Is Over," is out now, and it takes the art pop of 2013's Innocence Is Kinky into slightly bigger-sounding territories. Listen below.

As mentioned, Jenny has tour dates supporting St. Vincent and Perfume Genius, including his NYC show on March 19 at Stage 48 (tickets). She's now added her own much smaller NYC show happening at the new Bushwick venue Alphaville on March 29 with SoftSpot. Tickets for that show go on sale Friday (3/6) at 10 AM.

Updated dates are listed, with the song stream and LP tracklist, below...