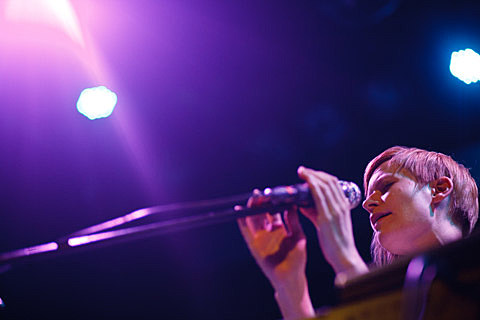 Norwegian art pop musician Jenny Hval had somewhat of a breakthrough with 2013's Innocence Is Kinky, and that continued with last year's well received collaboration with Susanna, Meshes of Voice. Now she's announced that she's signed to Sacred Bones, making her labelmates with fellow Swans openers Pharmakon and Marissa Nadler. She plans to put out her next LP in the coming months.

As previously mentioned, Jenny will be heading out on a tour with Perfume Genius which hits NYC on March 19 at Stage 48 (tickets). Before that, she's also got dates with St. Vincent (who released a new song today), none in NYC though.

All dates are listed, with the "Innocence is Kinky" video, below...