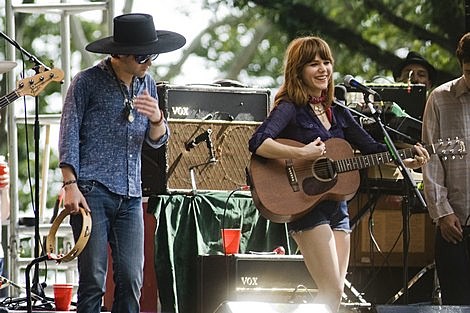 The Golden Girls had a loyal fan base that still exists to this day, thanks to reruns. The show was often controversial, as its main characters were 4 single older women who lived together, but were still sexually active, and up-to-date with pop culture. Mild profanity and sexual innuendo were common on the program. The effects of Sophia's stroke, which, according to Dorothy, "rendered her totally annoying" and "a complete burden", enabled the character to get away with much more than the other women.

As Jenny Lewis' music career continues and she gets more famous (for her music), many probably forget or never realized that she started out as a child actress. I was reminded the other day when I was watching a 1987 episode of The Golden Girls where Jenny played an evil girl scout named Daisy. Check out video clips from the show, below...