Jenny Lewis at Outside Lands 2014 (more by Samantha Saturday) 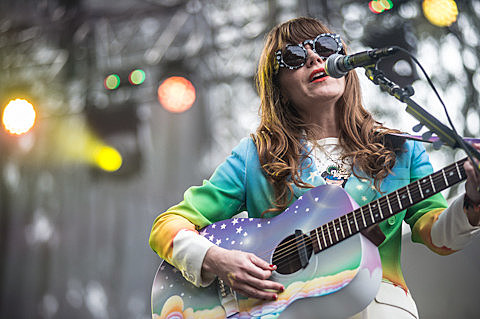 Jenny Lewis put out her newest solo album, The Voyager, earlier this year and she's been playing several shows in support of it, including quite a few festival appearances. Though it looks like more dates may be TBA, she has a handful of US dates booked for this fall including a NYC show on November 5 at Terminal 5. Tickets for that show go on sale Friday (9/5) at noon with AmEx and artist presales starting Wednesday (9/3) at noon.

All currently known dates are listed, with a video from The Voyager, below...