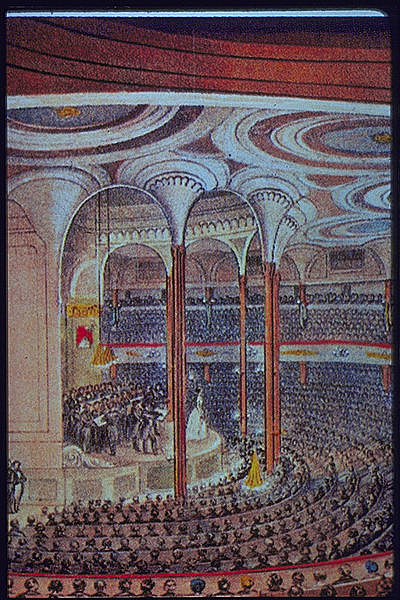 "The Grand Opening," middle section of a Nathaniel Currier lithograph (later Currier and Ives) celebrating Jenny Lind's first U.S. appearance at New York's Castle Garden on September 11, 1850. Her last U.S. Concert was also at Castle Garden on May 24, 1852. She left for Europe on May 29, 1852. [Wikipedia]

Tickets are required and space is limited. Two free tickets per person will be distributed at the Castle on a first-come, first-served basis starting at 5:00PM on the day of the show.