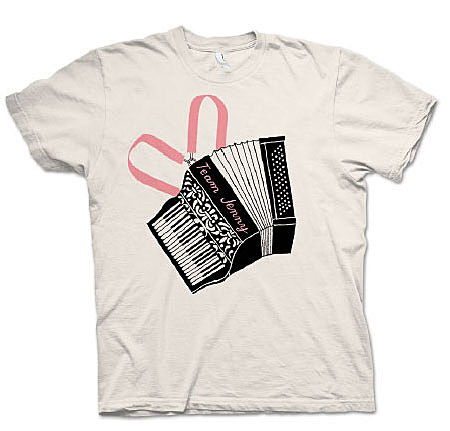 "The Decemberists must have brainstormed many ways to follow the massively ambitious, best-selling 2008 "folk opera" The Hazards of Love: After all, not every Decemberists album can feature a large supporting cast, interlocking narratives and a generous body count. The hyper-literate Portland, Ore., band made a canny move in simplifying its attack on this year's The King Is Dead, which focuses on Colin Meloy's gift for bright, infectious roots-folk songwriting.

Recorded live at The Gorge on Monday, May 30 as part of the 2011 Sasquatch Music Festival outside Seattle, Wash., The Decemberists' members made this appearance at a heady time: Multi-instrumentalist Jenny Conlee is only weeks removed from a breast-cancer diagnosis. She wasn't expected to tour with the band in May or June, but she nevertheless made the trip as she prepares to undergo further treatment."

Support Team Jenny by buying one of the above t-shirts over at the Decemberists' website. All net proceeds will be donated to Susan G. Komen for the Cure. A few pictures from their Monday Sasquatch set (which is streaming at NPR) below... 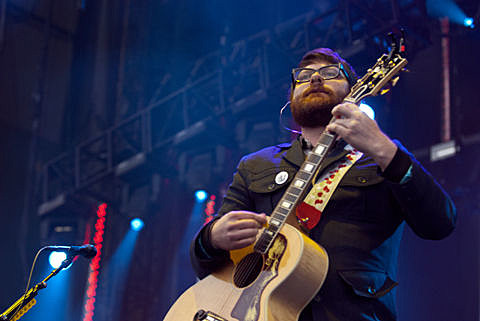 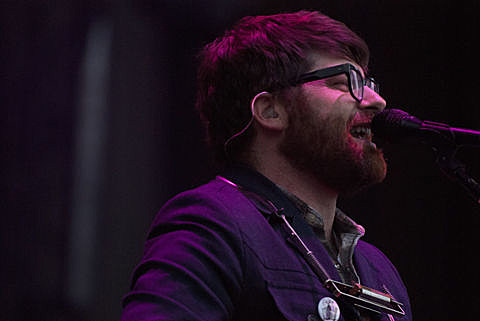 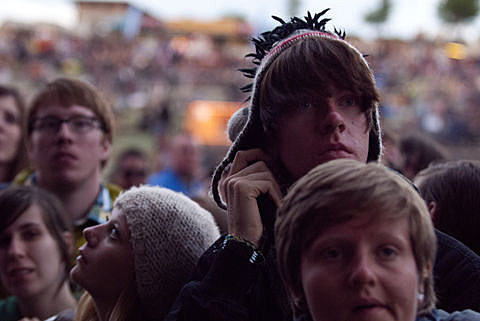 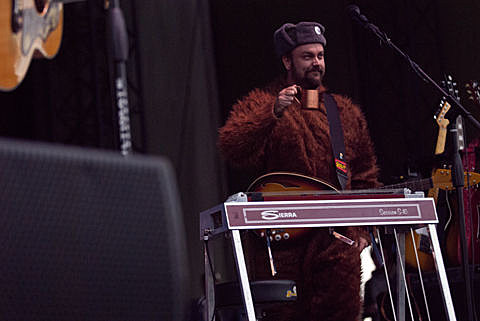 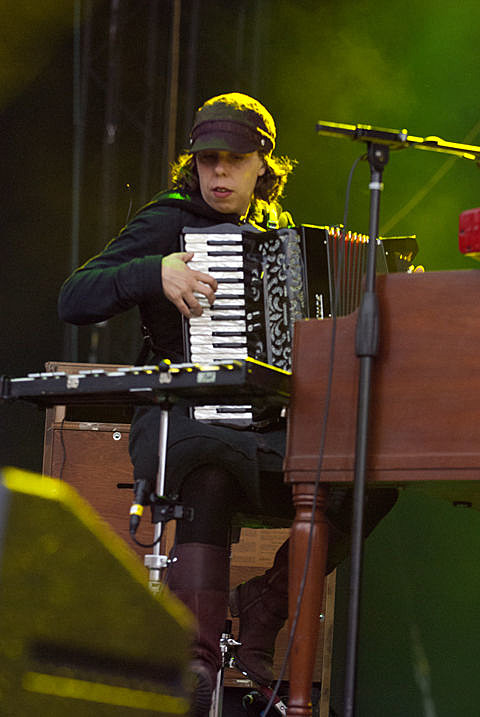 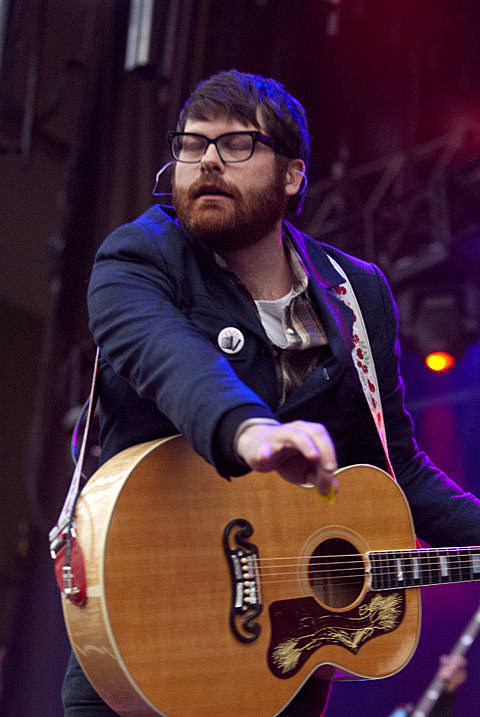