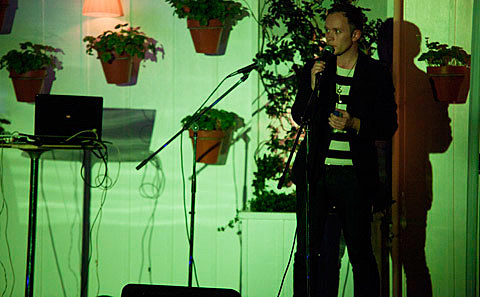 Jens Lekman debuted a new song, at his performance in Los Angeles on Saturday (12/4), inspired by a failed attempt to stalk Kirsten Dunst while she spent time in Sweden. It's pretty familiar subject matter for Jens- romantic awkwardness, celebrities that feel weirdly attainable, etc. But his surroundings that night gave it a weird irony: there was a decent chance he might actually have run into her after the show.

The main talking point among the crowd ( which was reaching fire hazard capacity) was that Lekman was playing an intimate, mostly solo show around the pool at Skybar at Mondrian - for those who've never been, just think of the kind of bar you conjure when you're coming up with reasons you'd never move to L.A. I've gotten parking tickets that cost less than what the valet charges, and pretty much anyone watching Jens that night would've been the most shabbily dressed person in the rest of the hotel, if they were even allowed in.

Nonetheless, there was an acknowledgement of the revenge of the nerds thing going on throughout. As Lekman has done in the past, he had deadpan comedienne Tig Notaro open up and her first remark was indicative of both her sense of humor and the situation: "This is where we all go to meet our friends on a Saturday night, right?" But Lekman was game, cracking wise over the din of loudly mixed, wallet-emptying cocktails and decked-out social climbers in the next space over, and turning in something of an acoustic Greatest Hits package with three unreleased songs (it was a relief to find out that Jens is in fact planning on following up 2007's Night Over Kortedala).

"Black Cab" and "Maple Leaves" were undoubtedly suited for the spare treatment, but the formerly sample-heavy Kortedala inclusions stressed the complexity of Lekman's chording (in particular, "Sipping On The Sweet Nectar" and Kanske Är Jag Kär I Dig"). Once Lekman brought out DJ Victor Sjöberg for a two-song encore, it presumably fit the usual requirements that Skybar have a laptop DJ at some point in the evening. But like our hero during his airplane dance and tambourine shaking as for one night, it was the kind of dance party that there was an almost conspiratorial vibe to take comfort in.

The Bird & the Bee play the the next Mondrian Session at the same hotel on December 10th. Jens plays sold out shows in Brooklyn on December 9th and 10th. Jens's full LA setlist with more pictures and videos from the show, below... 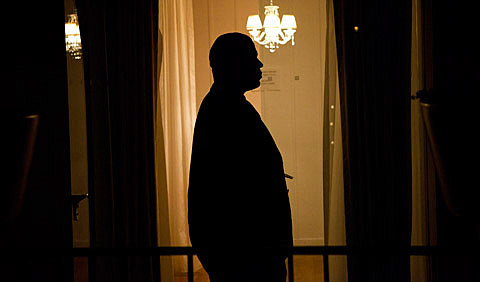 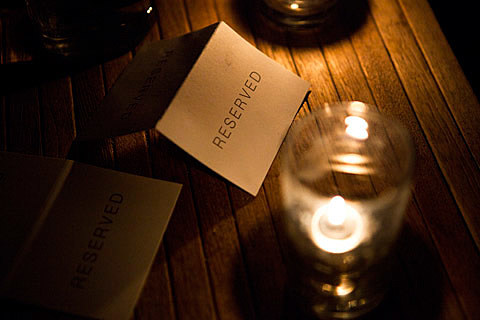 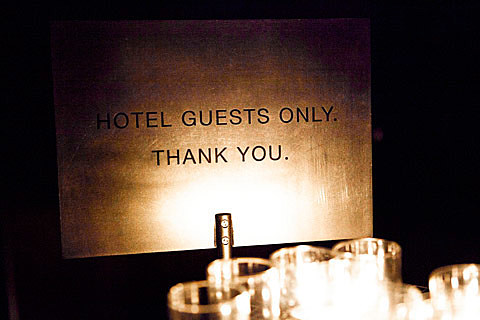 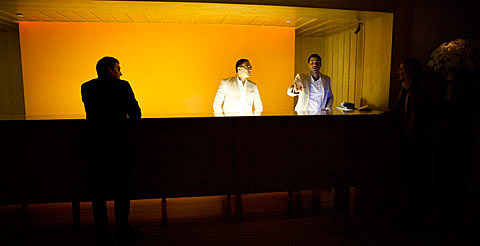 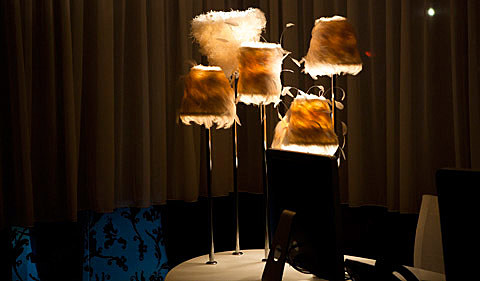 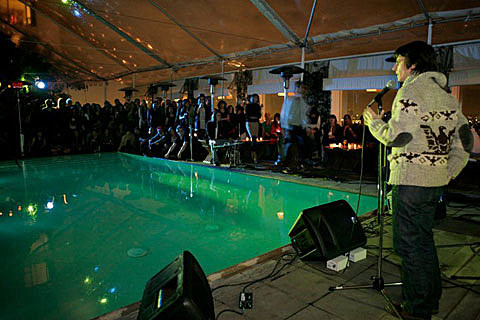 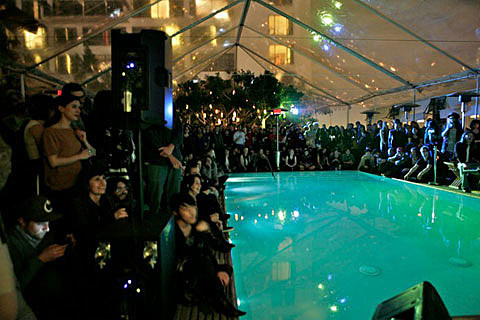 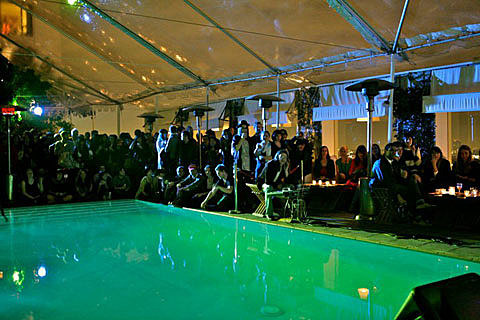 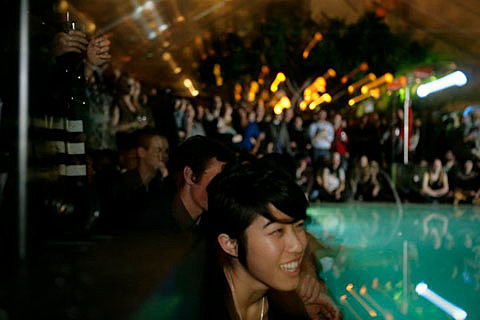 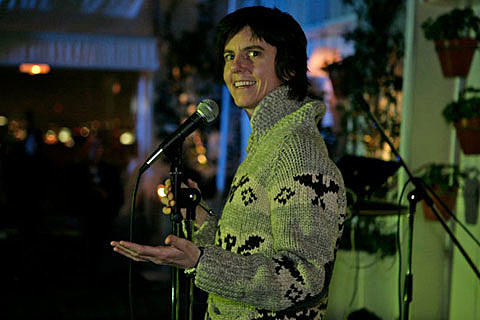 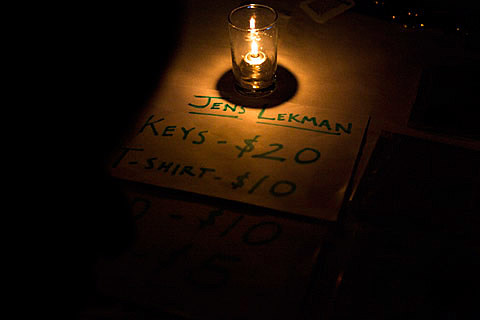 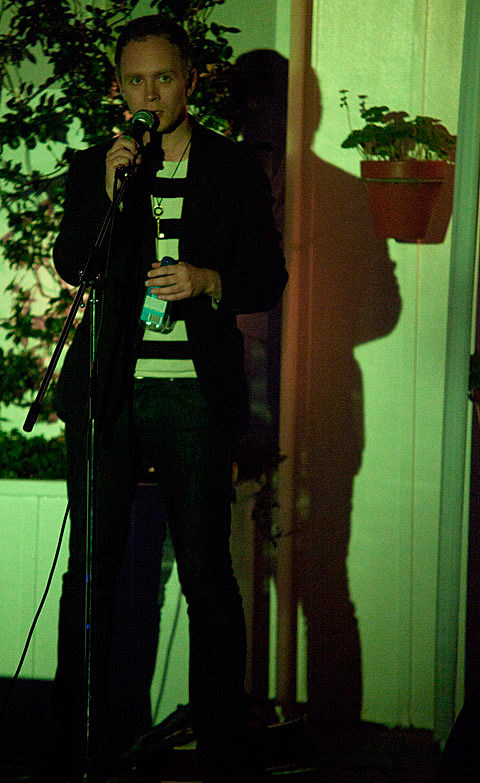 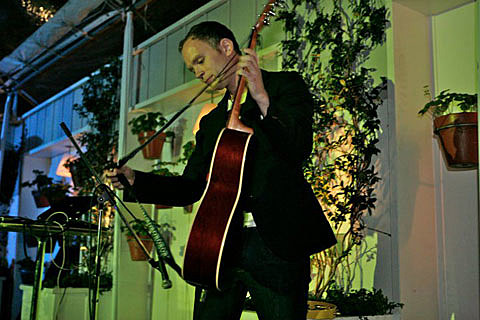 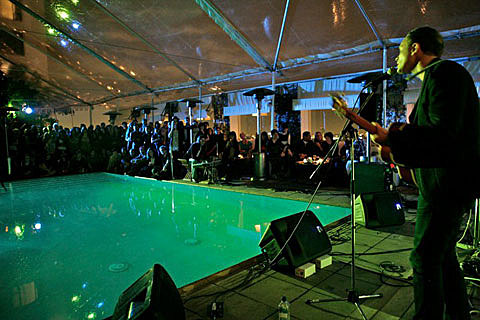 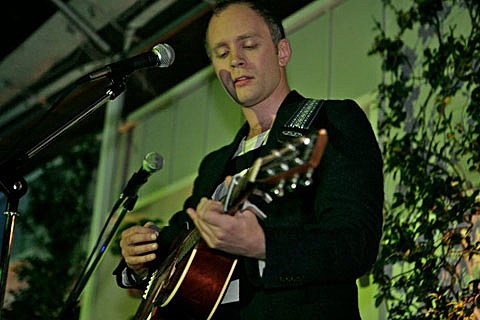 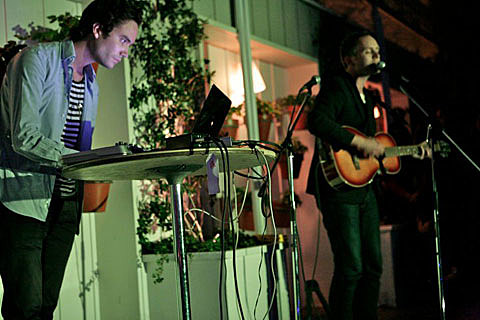 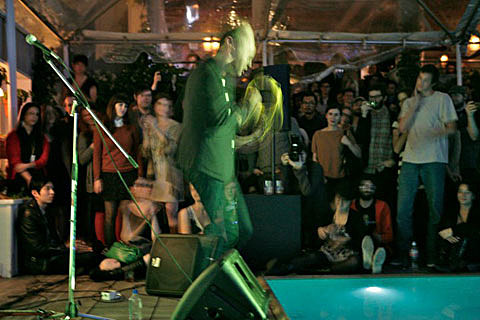 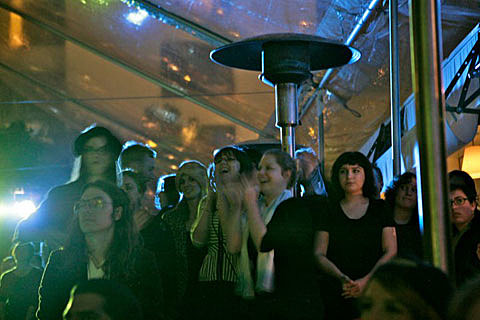 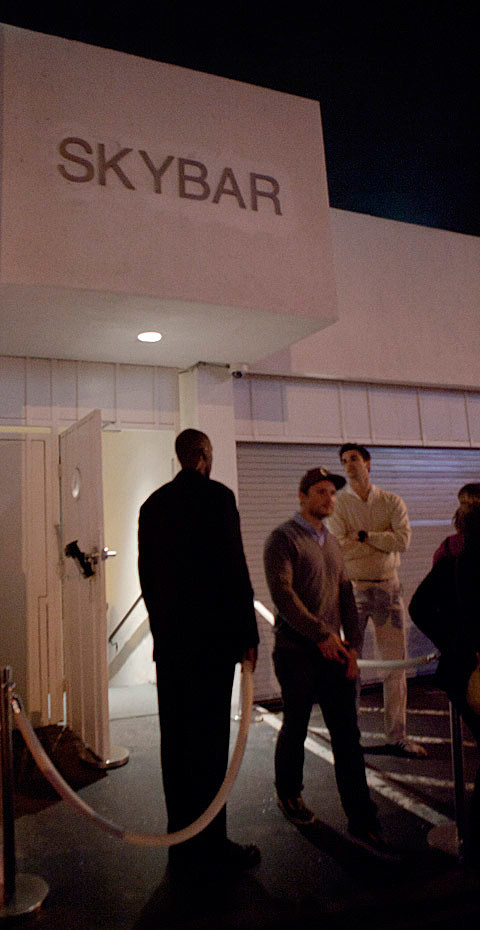 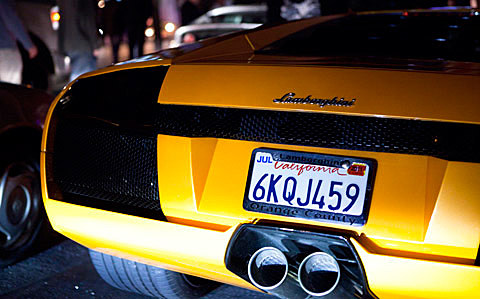