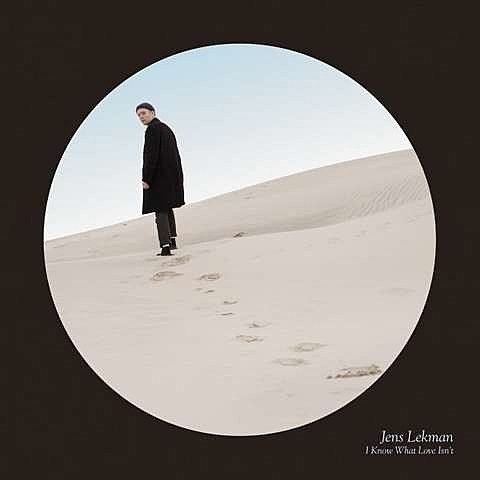 As you may have heard, Jens Lekman is playing the Northside Festival next week, a big outdoor show that was recently moved to McCarren Park on June 15 with Of Montreal, The Thermals and Beach Fossils. It's his only North American date at this time.

Wouldn't you know it, Jens has a new album coming out, I Know What Love Isn't, his first in five years which will be out September 4 on Secretly Canadian. Here's Jon Coombs' forward to the album that Jens just posted on his website:

Tracey Thorn wrote a song that reached Jens in the early stages of his new album, I Know What Love Isn't. In her song she sang "Oh Jens, oh Jens / your songs seem to look through a different lens / you're still so young, love ends just as easy as it's begun." A touching moment for the Swedish songwriter, having been a fan since his teens. But it came to him in a time when he found himself very confused and in doubt. He was changing and, subsequently, so were his songs. They weren't looking through that lens anymore.

I Know What Love Isn't came out of a break up, something Jens didn't see as worth writing about at first. The songs began more fleeting than the last go around, on his 2007 album Night Falls Over Kortedala. The songs began building from images and memories and soon began to take their own route, one that Lekman wasn't privy to their destination. In "The World Moves On" he paints a picture of a sweltering summer in the city of Melbourne where he lived while writing and recording the album. The hot days that led up to the Black Saturday bushfires, but also more mundane images of feeding possums in a park or getting in trouble with some guy on a scooter. It seems to lead nowhere at first but the aimlessness in itself reaches heartbreaking conclusions later on, summed up by the soaring chorus "and you don't get over a broken heart, you just learn to carry it gracefully". Like Joan Didion once said that she writes entirely to find out what she's thinking, Jens wrote until he caught up with his thoughts. And of course they led him right back to the break up.

Musically, I Know What Love Isn't chooses an economic route. From the vast palette he created for Kortedala, he's only chosen a few sombre colors this time around. There are strings but not a string section, an upright piano and not a grand, a single saxophone and gracenotes from a flute. The songs are lighter, almost aerodynamic, Jens explains - "I wanted the songs to take off almost unnoticeably, where the chorus is separated from the verse only through a small detail like a tambourine or a harmony. Like when you're in an airplane taking off and you look out the window and realize you're already in the air." A dry country piano makes "Become Someone Else's" lift high. Vocals from Melbourne singer Sophie Brous makes the chorus in "Erica America" soar. Strings pick up the title track and send it up to the sky without much effort or force.

In the latter, Lekman once again points the way to distill essential truths from every day life vignettes while singing about a sham marriage. "I thought of the Friday nights when I'd be cruising up and down the street with my best friend in her old crappy Holden, talking about getting married to get me into the country. The idea was so appealing, that we would build this constructed relationship around a purpose rather than some vague feeling that could change at anytime. But in the end, the sham marriage is much too great a story to be kept secret. At least when you make a living from telling stories."

And that's what I Know What Love Isn't... is. A collection of songs that grew to a story that had to be told. A story that is not new, but essentially human. The story of the grey areas of love that you have to excavate and explore, using the method of exclusion, to find out what love is.

That's the album art above and you can hear the first single, Prefab Sprout-y "Erica America," below along with the album tracklist and a list of all current tour dates.