So, I ended up seeing Jens Lekman AND Danzig on Saturday night. I found out on Saturday that Jens was going on at 9:00, and that Danzig wasn't starting until 10:30, and if it weren't for the fact that Nokia Theatre is all the way up in Times Square (which is also the busiest spot on Earth on a Saturday night), I probably would have seen all of both of them. Instead I just missed the first few songs of Danzig - not a big deal (but more about that later). Jens was so good. 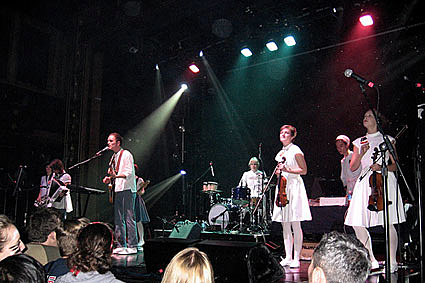 Then I went to see Jens again on Sunday night at the Music Hall of Williamsburg. Unlike at Webster where Jens was playing with a full almost-all-female-dressed-in-white band, at Music Hall it was just him and a bongo player. I think Music Hall was my favorite of the two shows. At Music Hall he was more free to do what he wanted, the sound was amazing, and the songs sounded tight and sometimes a bit improvised (which makes sense since there were way less instruments). He played with some backing tracks and used a loop pedal, and though he was new to the pedal ("I'm no Andrew Bird"), I think he did a good job with it. He played two encores, covered a Red House Painters song, and one by Paul Simon. He sang a bit in Swedish (I think it was Swedish), and he was hilarious (as always - and as he was at Webster Hall). All in all Music Hall just felt more special. 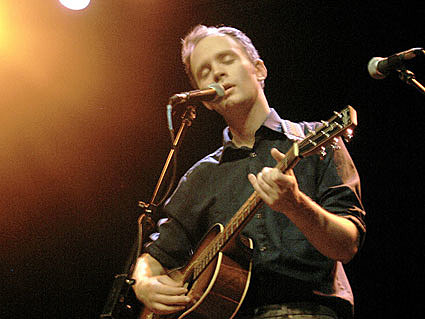 After the show - as promised - he played some more on a nearby roof...

We went to the roof of 151 Kent Ave, around the corner from the venue. It was freezing, he played like 4 songs and said then his hands were too cold. Someone gave him some finger less gloves and he played two more songs. Then someone brought pizza! Ha ha and it was perfect cause the man was starving. He might have played one more song. [Eduardo] 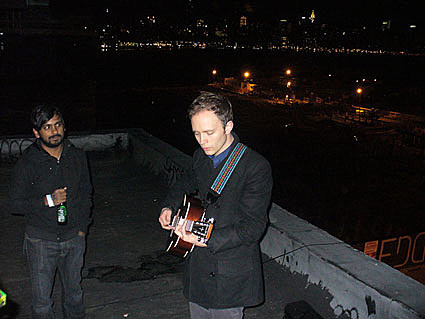 I wasn't one of the few at the roof show (didn't totally realize it was happening or I probably would have tried to go). Stupidly or smartly (you decide), I was instead enjoying the warmth and vegan-friendly tacos over at San Loco with a bunch of friends who had also just watched the show. I wouldn't even mention this part, but it's worth noting because as we were leaving San Loco around 1am (around an hour after the Music Hall show ended), a still-hungry and completely-alone Jens Lekman walked in the door to San Loco. "Great show!", we told him. He said "thanks", and asked us if this place was good. We said yes, and someone told him he should get the Guaco Loco. He said he would, and then we went home. More photos below....

At Webster Hall the whole band spun around like they were in a musical during the song that reminds me of the Love Boat. At Music Hall it was just the two of them, but they still spun.... 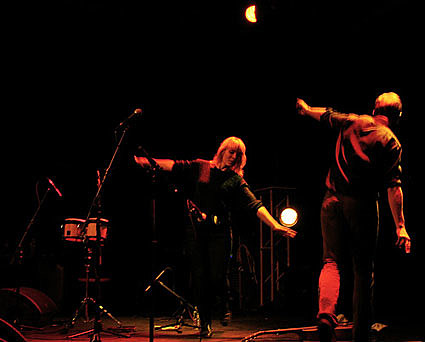 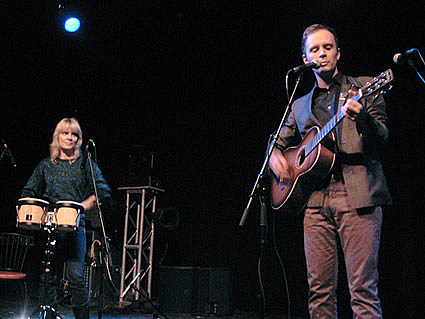 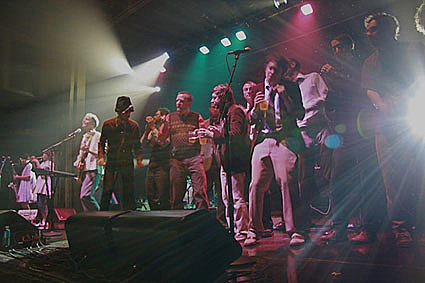 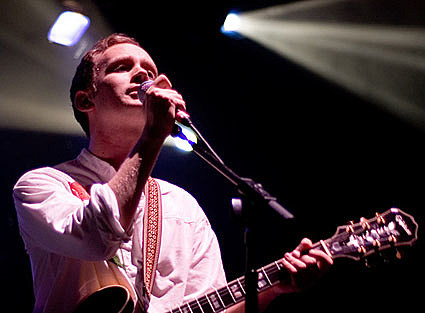 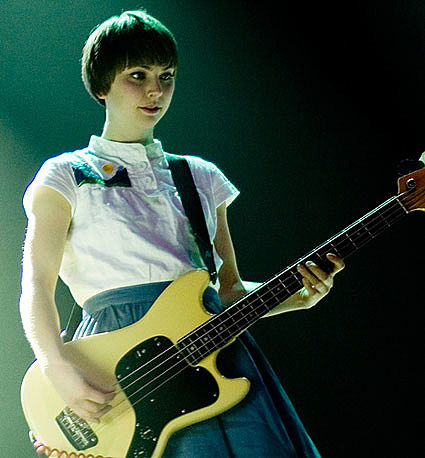 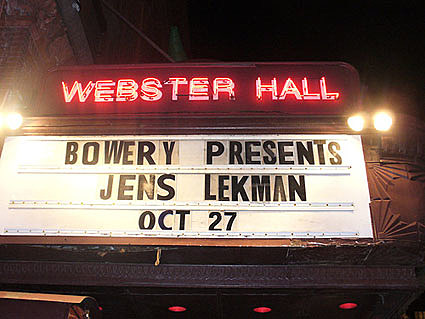 Peter of Peter Bjorn & John was spotted at Webster Hall. Jared (Sparrow House) from Voxtrot and Zach from Beirut were both at Music Hall. Zach's Badabing label-mate Essie Jain opened the show at Music Hall. Zach and Essie's label-mate Patrick Cleandenim opened the show at Webster Hall. Silver Ages also opened at Webster, and they joined Jens on stage during the encore (as you can see in one of the pictures above).

Go see Jens if you can. More tour dates here.