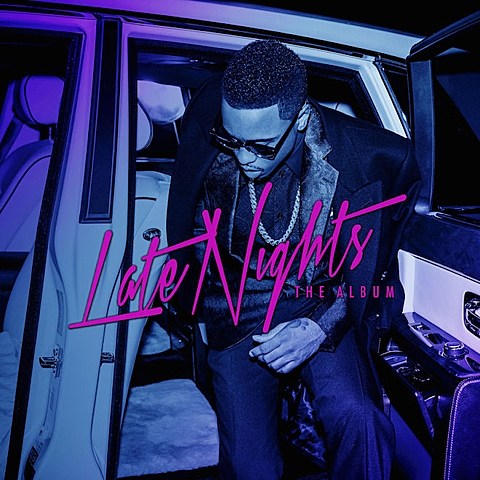 Ever since Jeremih's quietly-released 2012 mixtape Late Nights picked up steam, he's been promising to properly follow it with Late Nights The Album. He dropped tons of singles but kept pushing back the release, and earlier this week rumors floated around that it would actually come out Friday (today). As it turns out, it actually did!

It's got a lot of the singles he's been putting out (including yesterday's Ty Dolla $ign collaboration "Impatient") so if you've been following along, you've probably heard a lot of this already. It all came together really well though and it sticks to the approach he had on the mixtape, eschewing pop bangers for more subdued, downtempo R&B. (Well, except the DJ Mustard-produced YG collab "Don't Tell 'Em," which interpolates Snap!'s "Rhythm Is A Dancer" and cracked the Billboard Top 10 last year.) Other guests include J. Cole on "Planez," Future and Big Sean (doing one of his Drake impressions) on "Royalty," Migos on "Giv No Fucks," Juicy J and Twista on "Woosah," Jhene Aiko on "Worthy," and Feather on "I Did," which brings back some of the vibrato vocal effects he used on the great "Fuck U All The Time." Listen to the whole thing below.

Jeremih will be in NYC this weekend for a free show at SOB's on Saturday (12/5). You had to pick up a ticket (which are now gone) but entry is first come, first served.