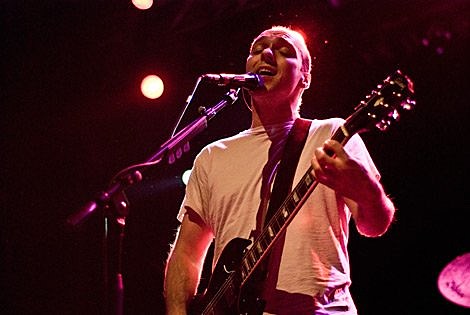 Sunny Day Real Estate frontman Jeremy Enigk played his first solo show in a while on New Year's Eve, and now he's finally announced a full solo tour. That brings him to NYC on April 10 at The Studio at Webster Hall. Tickets for that show go on sale at 10 AM on Friday (2/13). All dates are listed below.

Jeremy's SDRE bandmate Nate Mendel will also be on tour soon with his new project Lieutenant, hitting NYC twice in March. He recently put out another song from his upcoming album called "Rattled." Listen to that, with a video of Jeremy playing SDRE's "In Circles" on NYE, below...