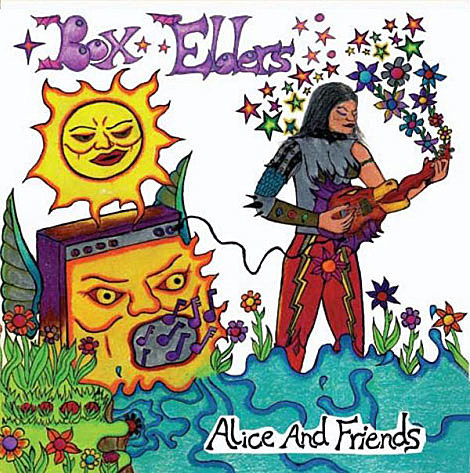 The Box Elders are back for the first time since their loin-clothed Market Hotel show back in January, playing Bruar Falls on Friday (4/24) and Cake Shop on Saturday (4/25). For those, like myself, who have played their sole single, "Hole in My Head," to death at this point and are anxiously awaiting new stuff from them... we must continue to wait. Their debut album on Goner, Alice and Friends, won't be out till August 4. Their next release is just a single that's only available via the Hozac Hookup Club which subscriptions sold out quick for. And as mentioned before, Box Elders will have a single out on Jay Reatard's newly-reinvigorated Shattered Records. Maybe the band will have a tour CD-R or something?

Friday should be one of the first real tests of Bruar Falls as far as in-demand shows. The place is teeny-tiny (not that Cake Shop is big). It should be a tight fit. Getting there early would be smart, and luckily the lineup is pretty good, with Bay Area psych folk band Dame Satan; Jackson Heights' The Beets whose debut, Spit in the Face of People Who Don't Want to Be Cool, is out now on Captured Tracks and worth seeking out for those who dig garagey '60s proto-punk; and caUSE co-MOTION offshoot German Measles. The Cake Shop show should be a little more manageable. 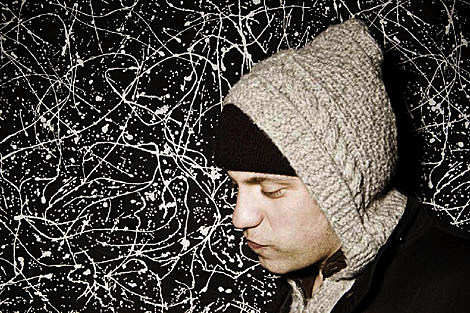 Whichever night I'm not going to see Box Elders, I'll probably go see Blank Dogs. Originally just the name of Captured Tracks head Mike Sniper's many, many home recordings, Blank Dogs have become a real band over the last year and a good one at that. Sniper has also dropped the anonymity schtick for the most part, actually showing his face in a new press photo, just in time for the new double-LP, Under and Under, which is out in June on In the Red. It's still of the mid-'80s goth sound (I think they sound like Red Lorry Yellow Lorry if you remember them) but more refined and catchier songs. The creepy/funny video to the album's first single, "Setting Fire to Your House," is further down this post.

Blank Dogs play Friday (4/24) at Secret Project Robot in Williamsburg which is the same building at Monster Island, and share the bill with two kindred spirits: the gothy (and a bit silly if you ask me) Cold Cave, and Brooklyn's Mazing Vids who've been around for a while but don't play very often anymore. 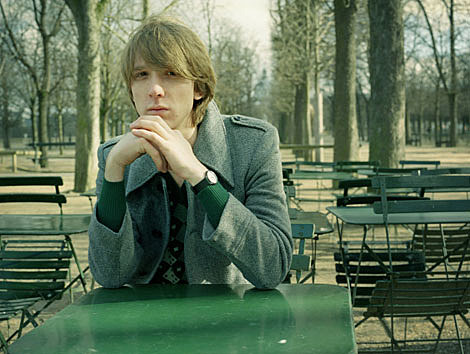 Saturday's show at Silent Barn is a bit more varied and probably better for it, with two other bands that would be worth seeing on their own. Jeremy Jay just released his second album on K that swings from Cars-ish new wave, to twangy surf rock. It's a good record, and you can download the single "In This Lonely Town" at the top of this post. Rounding out the solid line-up is Mobile, Alabama's Wizzard Sleeve whose debut is out sometime soon on Hozac. With song titles like "Chrome Intensifier" and "Pterodactly Meltdown" you know your in for a trippy time, but it's not paisley shirt acid rock. Their brand of psych feels very modern, with a big dose of krautrock for good measure. I really feel this show is a hard one to pass up.

Jeremy Jay also plays a show on Friday (4/24) at Union Hall with Illuminations and James William Hindle. Tickets are on sale. All dates below. 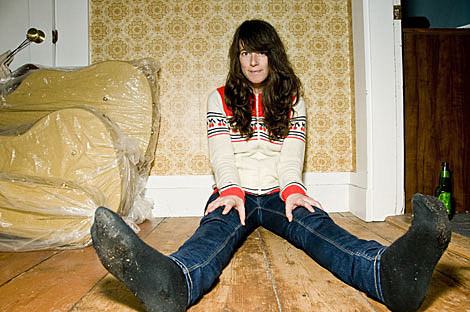 There are a lot of hard to pass-up shows this weekend. Canadian singer Julie Doiron is in town, playing Cake Shop on Friday (4/24) and Union Hall on Saturday (4/25). Some may know her for her work with Mt. Eerie, and others remember Julie from her days fronting Eric's Trip who released three albums on Sub Pop in the early '90s. She's been prolific ever since Eric's Trip broke up in 1997, releasing a string of quality, if somewhat downcast solo albums. Her latest, I Can Wonder What You Did With Your Day, is ebullient in comparison but no less special. She's got one of those voices, not unlike Chan Marshall or Beth Orton, that can make the hair on the back of your neck stand at attention. Check out the album's "Consolation Prize" at the top of this post, and the video for "Heavy Snow" at the bottom. 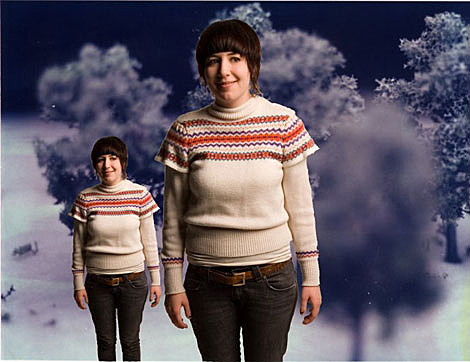 The Julie Doiron Cake Shop show is an early one, so you could theoretically hit it before going elsewhere. Plus, speaking of magical, unique voices, fellow Canadian (and Cake Shop fave) Katie Stelmanis is also on the bill. There's an MP3 at the top of the post (and a video below) and here's what Popmatters said earlier this year:

Katie Stelmanis was already starting to pick up steam in 2008. Almost a year since her nearly unnoticed debut album, Join Us dropped on Blocks Recording Club (a record co-op based in Toronto), Stelmanis was featured on Fucked Up's Chemistry of Common Life, and split a Matador released 7" with them in late 2008. In 2009, people are bound to pick up on the ethereal and eerie leanings of this powerful vocalist and songwriter.

If you're a fan of Bat For Lashes (there's a similar Kate Bush thing going on), Katie is well worth checking out. She also plays Death by Audio later that Saturday night, and new Brooklyn venue Sycamore the next day (4/25).

Opening for Julie Doiron at the Union Hall show on Saturday is Purse Snatchers, which is former Dirty on Purpose drummer Doug Marvin's new musical project.

I've plugged local band Savoir Adore before, who in my opinion are one of the best unheralded pop bands in town. They're playing tonight (4/23) at Pianos and you should really go out and see them. There's a newish song to download at the top of this post and is more indicative of what they do live than their concept-EP debut from last year. If you like Stars or The Go-Betweens or any classic pop, I really don't think you'll be disappointed. Also on the bill is Darwin Deez, who make infectious, '80s-tinged dance pop that's kind of hard to dislike. One of their MP3s is above too.

As you may have read on this site, Chicago's Headlights are playing on Friday (4/24) at the Bell House. If you're going to that show (or are looking for something to do and everything else I've written about here doesn't sound interesting to you), I implore you to show up early and check out North Carolina's The Love Language. I really like their self-titled debut that is warm and inviting, lush and low-fi at the same time.

And Sunday night (4/26) at Maxwells is the Fourth Anniversary party for Musicsnobbery.com. Last year, Moby filled in when headliners The Teeth broke up days before his Third Anniversary party. This year there's no such drama, but the line-up is solid: Crystal Stilts, Mahogany (both faves of mine) and Motel Motel. Might I suggest you bring Musicsnobbery blog founder Chris some cookies in appreciation?

Tour dates and videos after the jump...

The Beets - "Walk on Your Toes"

THE BEETS/JUAN WAUTERS/WALK ON YOUR TOES from matthew volz on Vimeo.

May 22, 2009 - Los Angeles, California
The Smell - w/ Chain and the Gang, The Hivedwellers (Calvin Johnson)