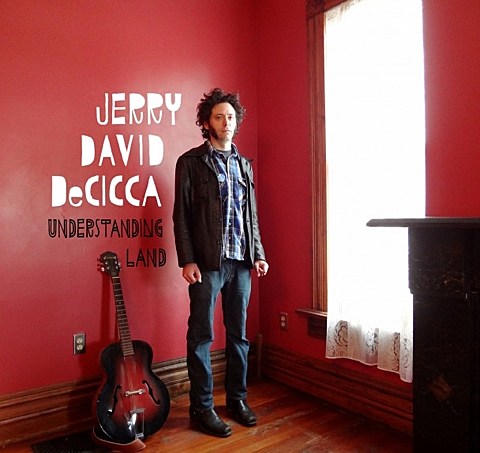 Jerry David DeCicca has produced albums for cult folk legend Ed Askew, and is also a member of the band Black Swans, who also toured with Ed in recent years. Earlier this year, he put out his debut solo album, Understanding Land, which featured collaborations with Will Oldham (aka Bonnie 'Prince' Billy), The Breeders' Kelley Deal, and Bob Dylan/Neil Young collaborator Spooner Oldham. Its track "Another Bad Dream," a soft early '70s-style folk song, was just given the video treatment (dir. Matt Bauer) and that premieres in this post.

Jerry also has two shows coming up, one in Philly and the other in Brooklyn on Saturday, November 15 at Union Pool with the new project of Purehorsehair's Garrett Devoe. That's an afternoon show (3 PM) and takes place before the Holy Sons / Elisa Ambrogio show happening at the venue that night.

Full tour schedule with the new video, below...