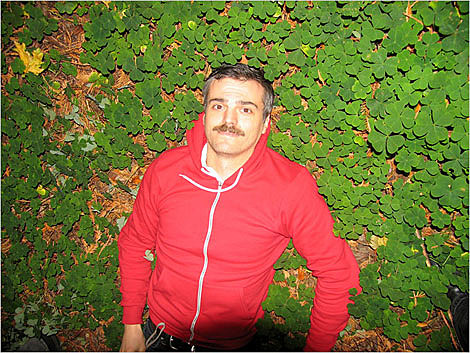 Gerhardt Fuchs grew up playing the drums in Georgia and went on to perform with bands that toured across the country, but it was in Williamsburg, Brooklyn, that he forged his reputation as a dynamic, driving drummer widely esteemed by his peers.

And it was in that same neighborhood, in the shadow of the Williamsburg Bridge, that Mr. Fuchs, known as Jerry, fell to his death on Sunday morning [11/8] in the elevator shaft of an industrial building on Berry Street. [NYTimes]

Jerry Fuchs, who played with groups including the Juan MacLean, Turing Machine, Holy Ghost!, !!! and Maserati, was 34. RIP

He recently came back from a tour playing drums with Maserati, who traveled with Mono. The tour included two nights in New York and an appearance at Pop Montreal on October 1st.

Juan Maclean wrote, "Jerry was one of my best and most loyal friends. He was hands-down the best drummer I have ever played with or seen for that matter. Jerry was with me from the start of The Juan MacLean, and we had countless adventures together all over the world. He was utterly sincere and fiercely loyal. During a particularly difficult time, while backstage in a club in Chicago, Jerry told me "Juan, I will follow you to the end of the earth and I will always be there for you." That was Jerry, the greatest drummer in the world, the greatest friend you could ever have."

As the NY Post reports, "Fuchs is the second Maserati drummer to meet a tragic end. In 2005, then-drummer Mikel Gius was run down and killed as he rode his bike on a Sacramento street." Mikel Gius was in !!! too.

Maserati clips, which feature Jerry's stunning drumming in a central way, and other videos, below...