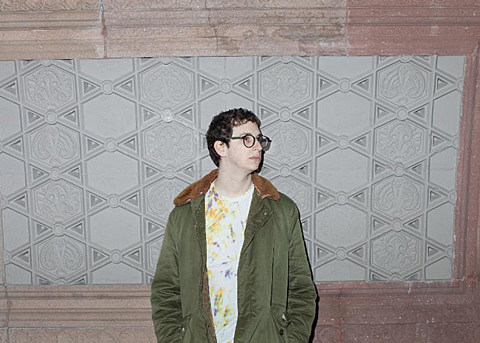 Brooklyn's Jerry Paper (aka Lucas Nathan) could almost have come straight of the Tim & Eric screen: defiantly weird, part hotel lounge act/Harry Nilsson/Brian Wilson with a little laptop R&B, and yet oddly appealing. (So Ariel Pink-ish? Kinda but not really.) His new album, Carousel, just came out today (3/31) via Bayonet and you can check out the strange album trailer and an Rdio stream of the whole album, below.

Jerry will be celebrating Carousel's released on Wednesday (4/1) at Silent Barn with Helado Negro, Trabajo, and Macula Dog. If you've never seen Jerry live, well, like his records, it's a little different. Tickets are on sale.

Jerry will also play the Bayonet Records Northside showcase at Rough Trade on June 12 with Frankie Cosmos, Warehouse and headliners Beach Fossils. Tickets for that show go on sale Friday (4/3) at noon.