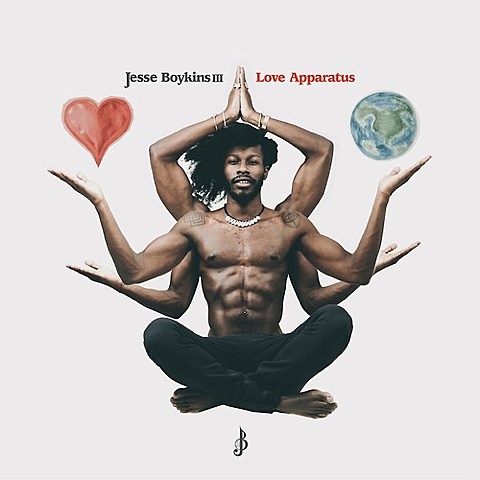 R&B/neo-soul singer Jesse Boykins III released his first album, The Beauty Created, back in 2008 and though he's put out some EPs, covers, and collaborations in that time, a new full length never came. That will finally change on April 22, when he releases Love Apparatus, which was produced entirely by electronic mastermind Machinedrum. As you might imagine, together the two achieve that middle ground of future garage and downtempo R&B that we've gotten from James Blake, Jamie Woon, and early Weeknd mixtapes. You can hear the whole album for yourself on NPR, and four of its tracks are streaming below.

Jesse also has some shows coming up, including a release show in his current hometown of NYC on May 3 at Irving Plaza with Body Language and Kris Bowers. Tickets for that show are on sale now.

Jesse Boykins III - "B4 The Night Is Thru"

Jesse Boykins III - "Show Me Who You Are"

Jesse Boykins III - "LIve In Me"