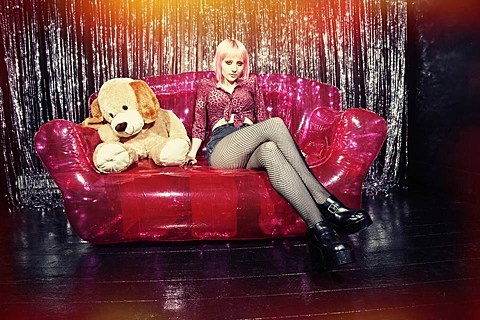 Back in 2011, Jessica Lea Mayfield put out the very good Dan Auerbach-produced alt-country album Tell Me, and now she's got a new look and sound for its followup, Make My Head Sing..., which is due out on April 15 via ATO Records. From the way Jessica opens the record's first single, "Oblivious," it sounds like she's been listening to a good deal of sludge metal, with raw, thick riffage that's up there with many of the more likely Sabbath worshippers. Her voice remains gentle though, making for a pretty interesting mix. Check it out below.

Jessica will also be playing SXSW and then heading out on a tour of the US and Canada following the album's release. That tour brings her to NYC for two shows with Gambles happening on April 26 at Rough Trade and April 28 at Mercury Lounge. Tickets for those shows go on sale Friday (2/21) at noon with an AmEx presale for the Merc show starting Wednesday (2/19) at noon. All dates are listed below.